Merritt’s 13th Christmas Bird Count took place on 2 January 2012 with excellent weather and a record number of participants (23 in the field and 3 feeder-watchers). Thanks to Wayne Weber who traveled up from Delta for the count and Rick Howie, Ken Lipinski, Marina Lipinski and Andy Raniseth who came from Kamloops – their expert help was much appreciated. We were able to have six parties so the area was relatively well covered.

Overall we recorded 60 species and 3704 birds, both numbers were slightly higher than average. Click here to download the full count spreadsheet and comparison with past counts: Merritt Xmas Count data MERRCBC 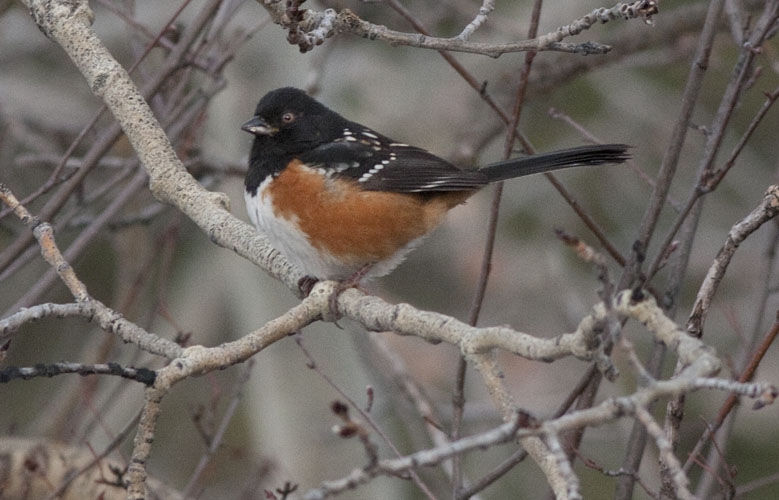 A single Western Grebe was the first record for the Merritt CBC, although there had been a count week bird in 1995. Other sightings of unusual CBC birds for this count circle included one Varied Thrush (second record), two Ruffed Grouse (3rd record), three Gray Jays (3rd record), and a lone White-crowned Sparrow (4th record). Wayne Weber also reported two count-week Ruddy Ducks on Nicola Lake the day after the count.

New high counts were recorded for Great-blue Heron (9 birds), Gadwall (31), Common Raven (131), Northern Shrike (8), Brewer’s Blackbirds (152), House Finch (439), and American Goldfinch (60). The relentless invasion of the Eurasian Collared Dove was evident with a high count of 112 birds – the species first appeared in Merritt in 2009 (14 birds) and last year’s count was 34 birds. Perhaps as a consequence of competition with this alien invader, the count of Mourning Doves (34 birds) was well below the average of 120 birds. Other introduced species are also doing well in Merritt with high counts recorded for European Starling (563) and House Sparrow (186). 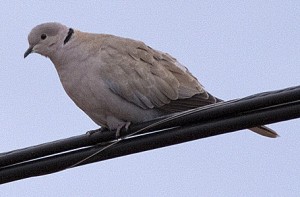 Low counts for regular species included Green-winged Teal (3; average is 21) and Bohemian Waxwing (76; average is 462). Species which are regulars in our count circle but not recorded this time were Horned Grebe, Pied-billed Grebe and American Coot. Wayne did get one count-week Horned Grebe the next day on Nicola Lake. Even though there was lots of unfrozen water on Nicola Lake and the two local rivers, our count of all waterfowl (1205 birds in total) was somewhat below the average of 1406 birds. 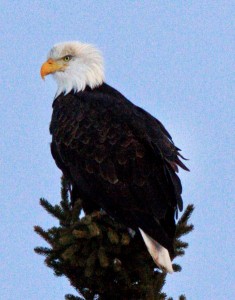 Thanks to all who participated to make this a very successful count. 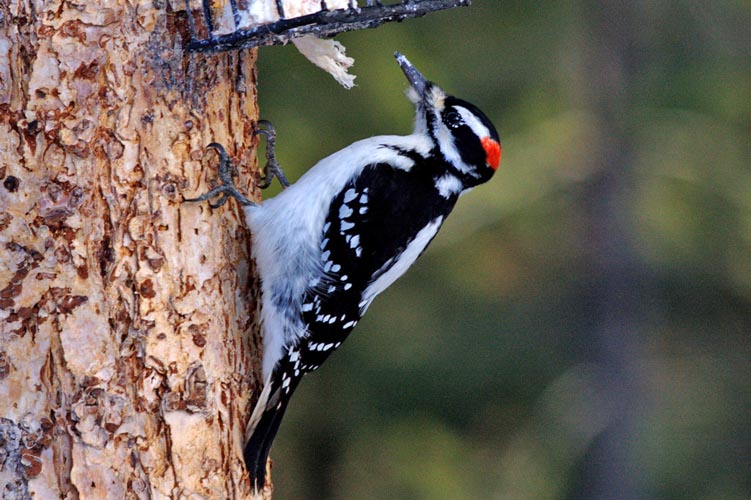 This entry was posted in Features, Newsletter, Past meetings, Uncategorized. Bookmark the permalink.