The 14th annual Merritt Christmas Bird Count was held on 16 December 2012 in excellent weather. We set a new record of participants with 26 people in the field and three feeder watchers. Thanks everyone! And special thanks to Katharine and Murphy Shewchuk who hosted our post-count pot-luck supper. 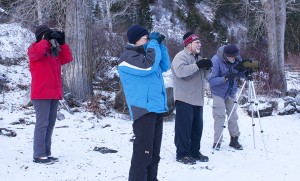 Overall we recorded 64 species and 3475 birds, both slightly higher than average. We added three new species to the Merritt CBC list. Most exciting was the presence of the male Anna’s Hummingbird that had been faithfully visiting a heated feeder on Spanish Creek Place for some weeks. [Sadly this little hummer disappeared at the end of the year and was last seen on 31 December just before some very cold nights.] More information on this rare visitor to Merritt is on another posting – click here.

Unusual species on the Merritt Christmas count were 9 American Tree Sparrows (near Quilchena Hotel), 3 White-crowned Sparrows (at feeders in Merritt), 3 Killdeer (on the shores of Nicola Lake) and 1 Ruddy Duck (on Nicola Lake). 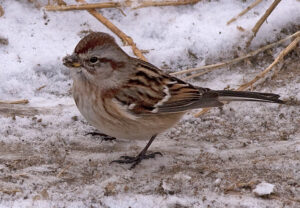 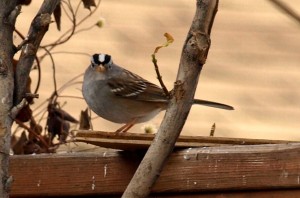 There were no sightings of American Coot and Northern Shrike, two species we usually get on the count day. 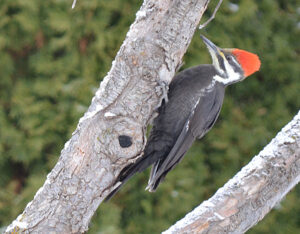 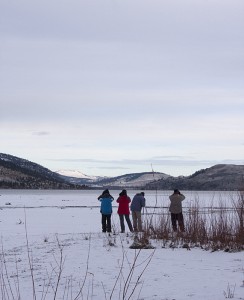 This entry was posted in Features, Newsletter, Past meetings. Bookmark the permalink.