On Sunday 21 April members of the Nicola Naturalist Society visited the Douglas Lake area in search of migrating Sandhill Cranes. We were not disappointed and encountered at least 2,300 cranes on the ground, taking off or circling in the air before continuing northward. The sight and sound of several thousand cranes all around was simply magical. We also saw a group of 6 American White Pelicans passing high overhead, heading north in the company of small flocks of cranes. Here is a photo showing just part of Sunday’s crane mass. 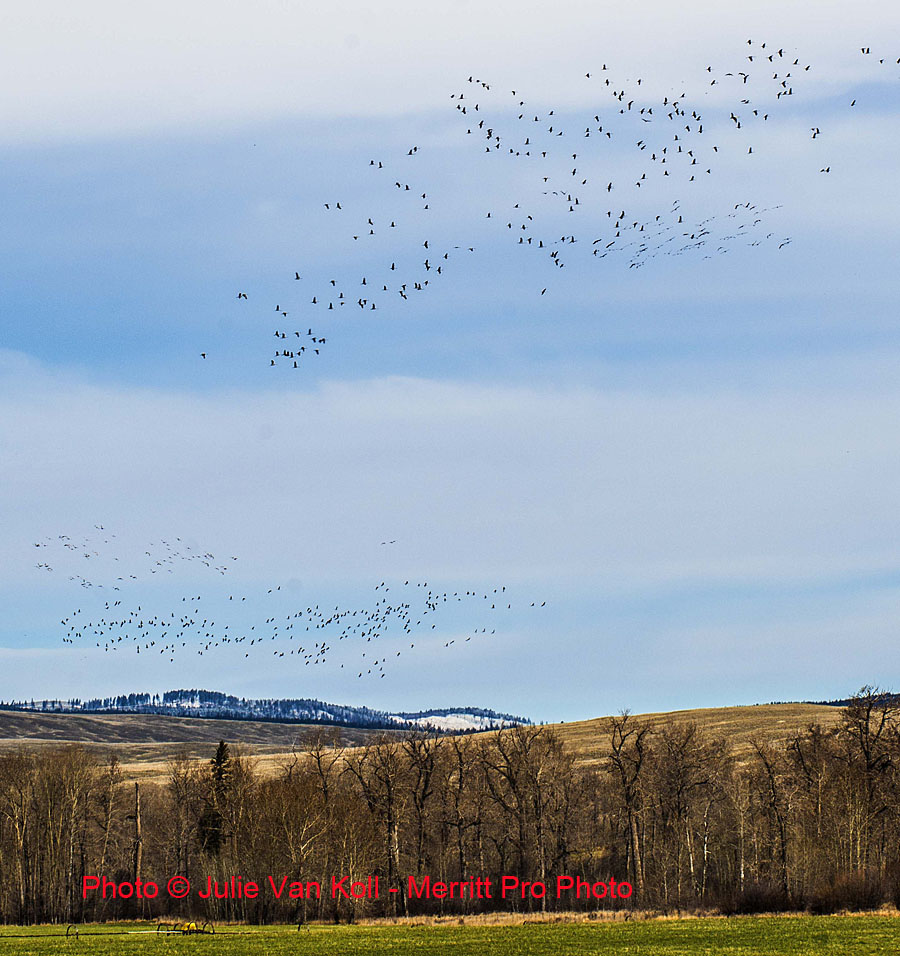 How many cranes are in this photo above?  Make an estimate and then keep reading to the bottom of this posting to see the answer.

Here is the complete list of birds we recorded – 45 species in total. These counts have been added to e-Bird as part of the Nicola Naturalists’ monitoring of the Douglas Lake Plateau Important Bird Area.

How many Sandhill Cranes were in the photo? To make the counting easier lines were drawn around birds and the photo was enlarged in Photoshop.

How did your estimate compare with the photo count? 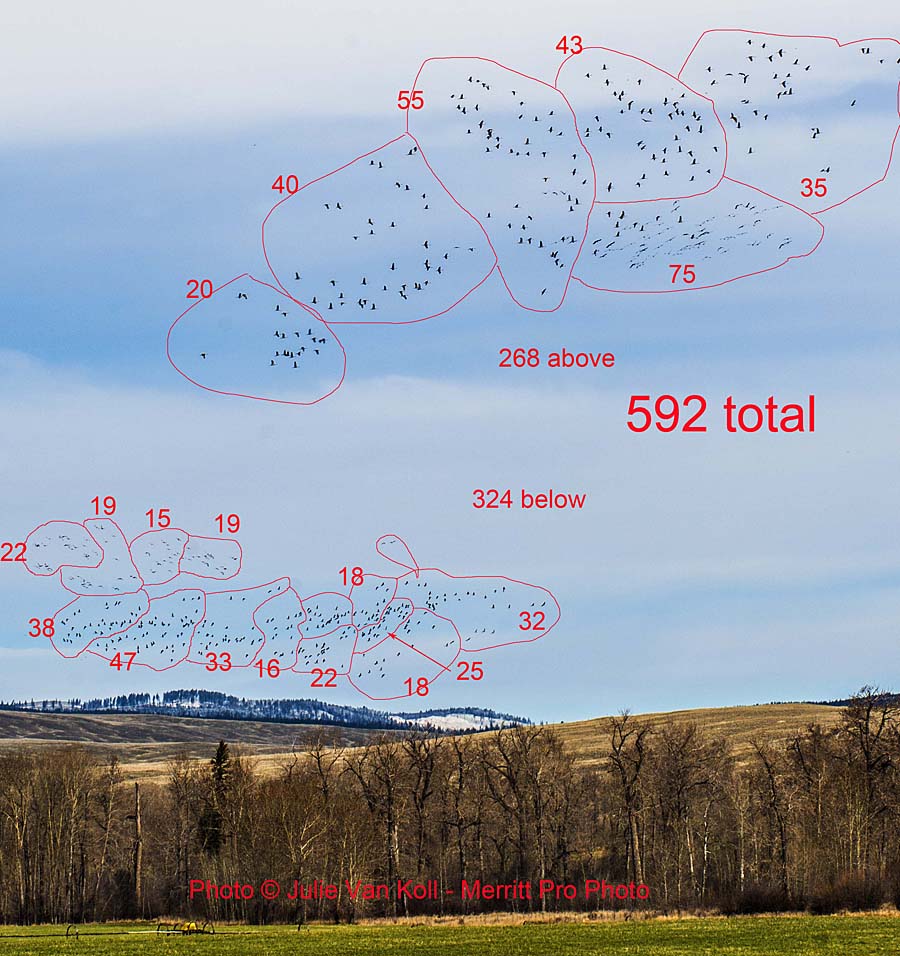 We will be having more outings to the Douglas Lake Plateau grasslands as part of our IBA monitoring – watch your e-mails.

This entry was posted in Features, Uncategorized. Bookmark the permalink.