Another selection of nature photos from the members of the Nicola Naturalist Society, Merritt, BC – a colourful sample of the wildlife diversity in our area.

Scroll down to view. 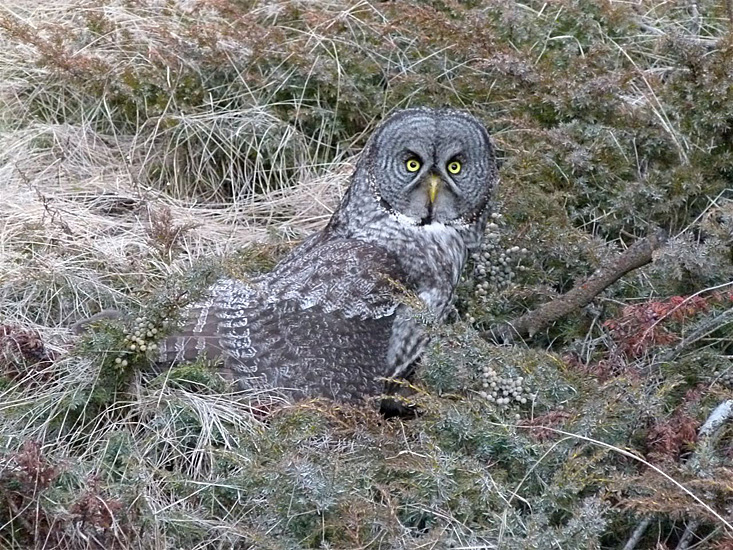 This Great Gray Owl was caught in the act of catching a mouse – near Tunkwa Lake, BC. Photo: © Jack & Carol Madryga 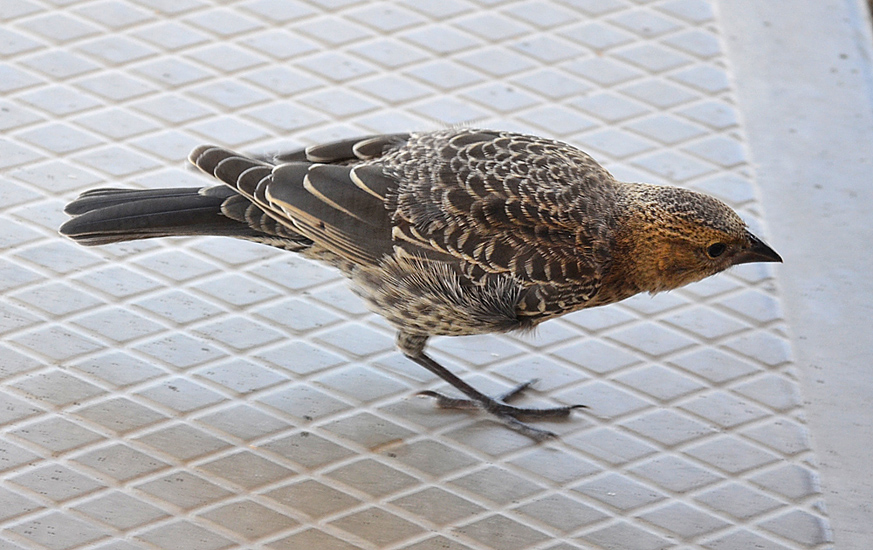 A curious juvenile Brown-headed Cowbird ventures on to a porch. Photo: © Bob Scafe 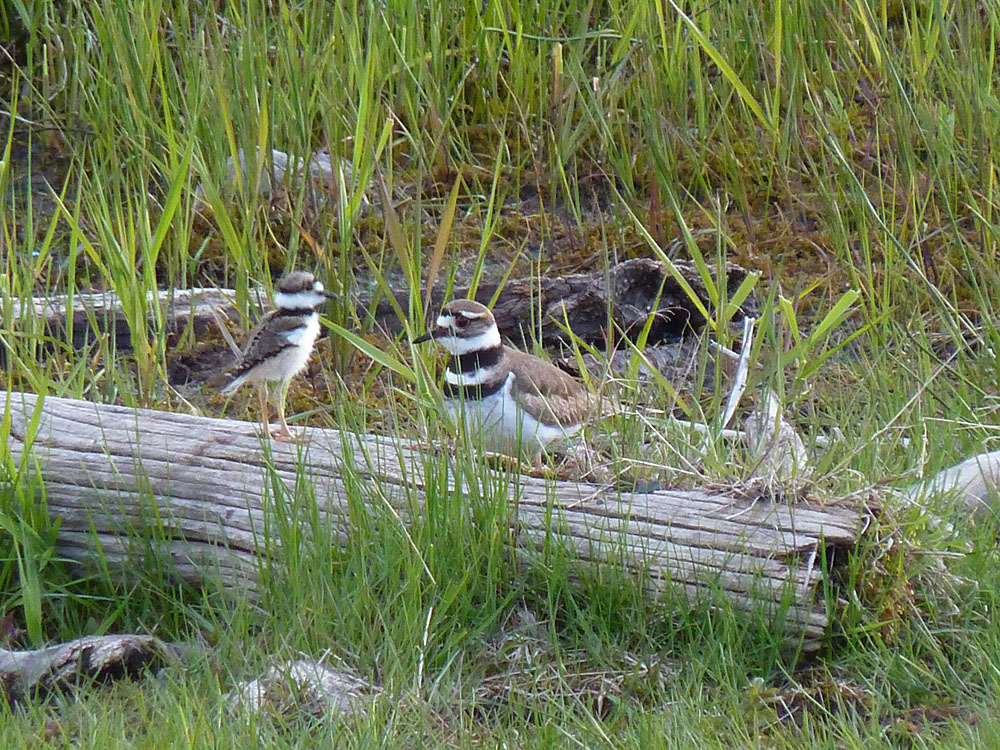 A Killdeer with its downy chick at Harrison Lake in the Kane Valley near Merritt, BC. Photo: © Gerry & Jill Sanford 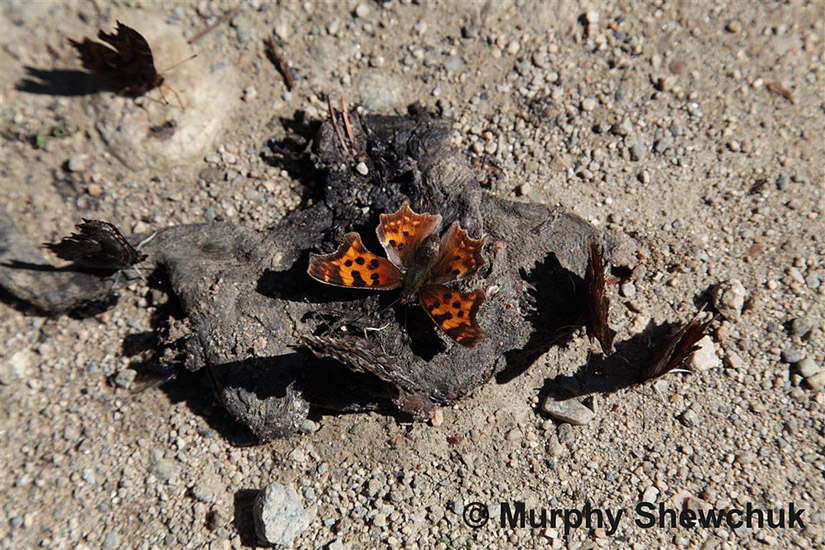 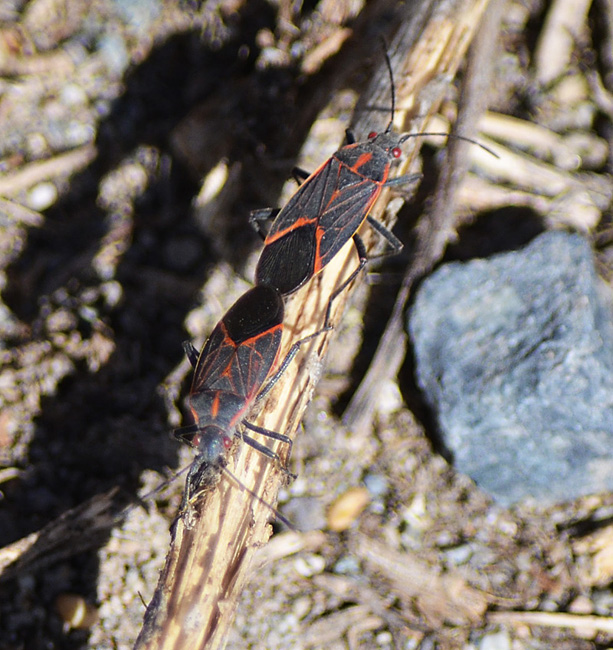 Locally  known as “Maple Bugs” because they live on maple trees, these two are mating. Photo: © Bob Scafe 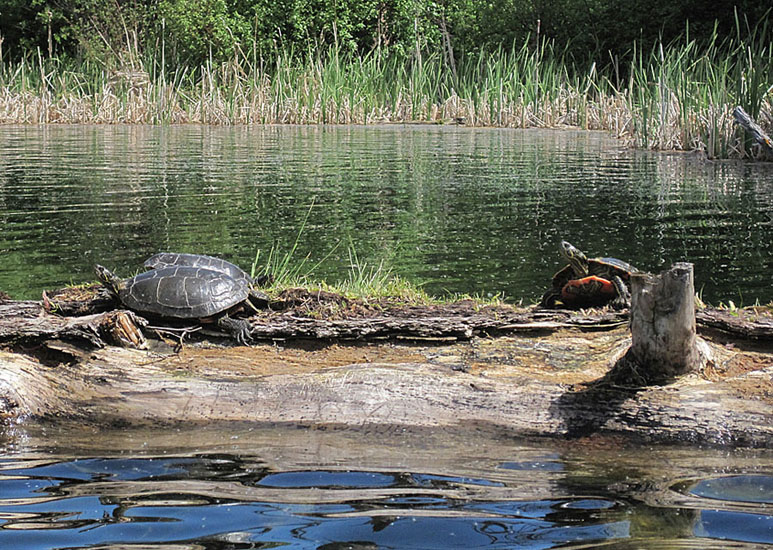 Painted Turtles bask in the spring sun at Corbett Lake, near Merritt. This species is generally not found in lakes in the Nicola Valley and the ones in Corbett Lake might be introduced by people. Photo: © Andrea Lawrence 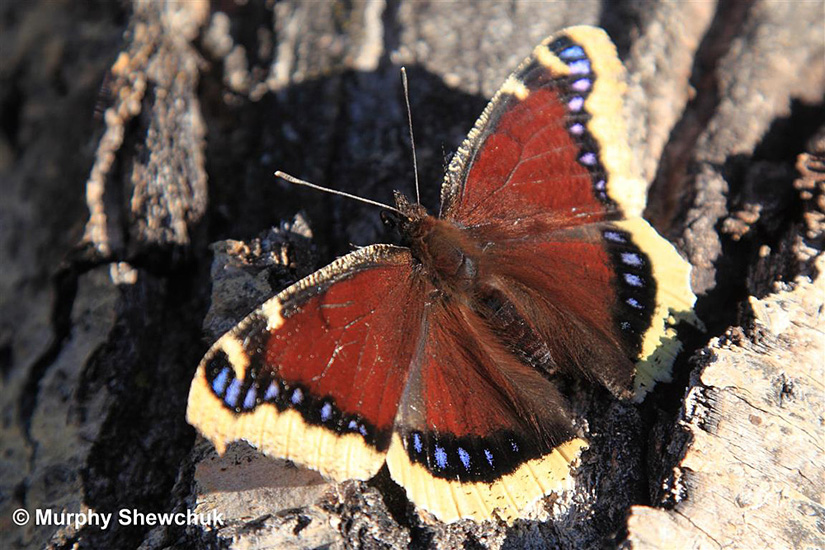 A lovely Mourning Cloak butterfly – quite a common species in the Merritt area and BC interior. Photo: © Murphy Shewchuk 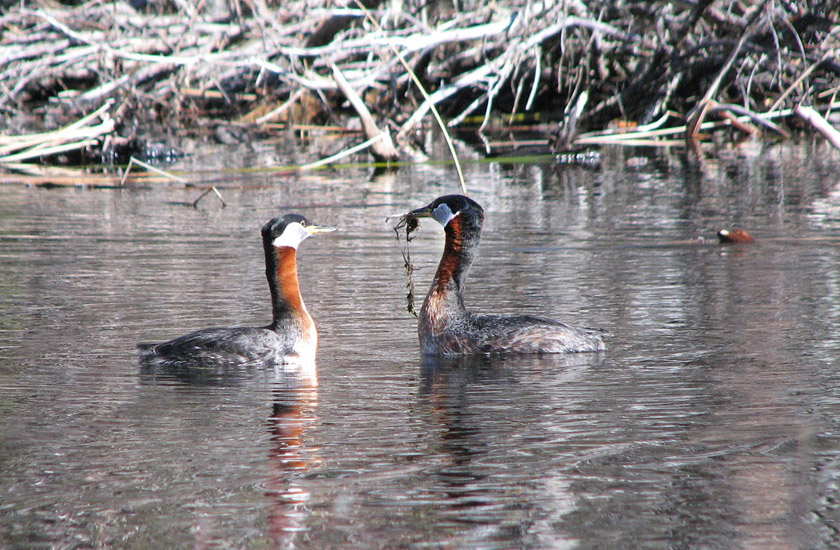 A pair of Red-necked Grebes photographed in the midst of a spring courtship display. Photo: © Anne Pang 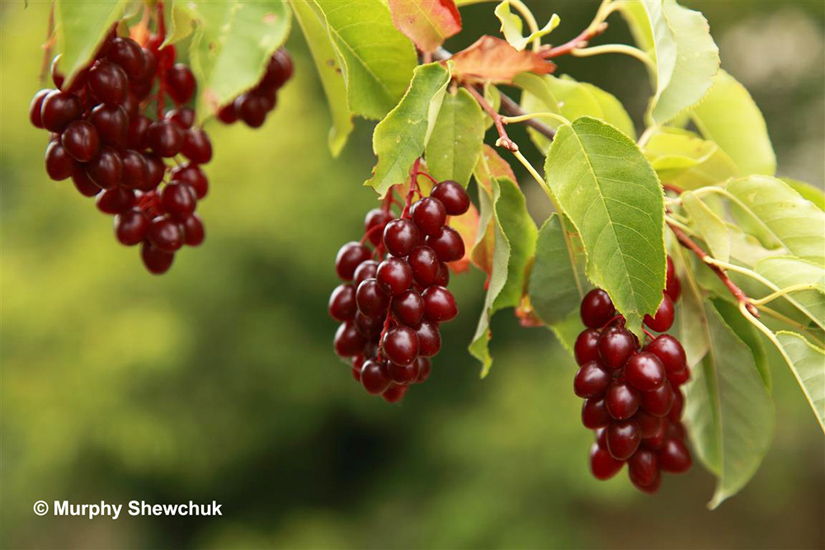 2013 was a bumper year for many wild fruit and berries in the Nicola Valley. Chokecherries were superabundant. Photo: © Murphy Shewchuk 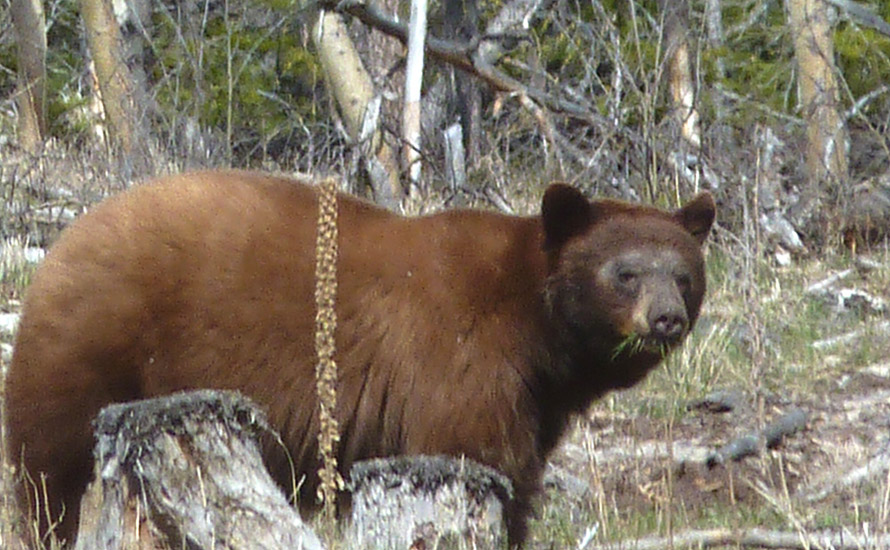 This cinnamon-coloured black bear was photographed in the Kane Valley near Merritt. This coloration is quite often found in bears around Merritt. Photo: © Gerry & jill Sanford. 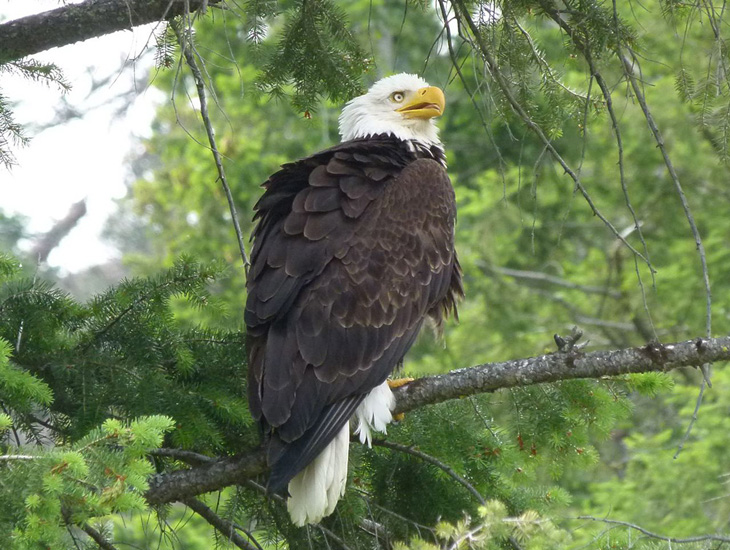 An adult Bald Eagle in the BC interior. Photo: © Jack & Carol Madryga. 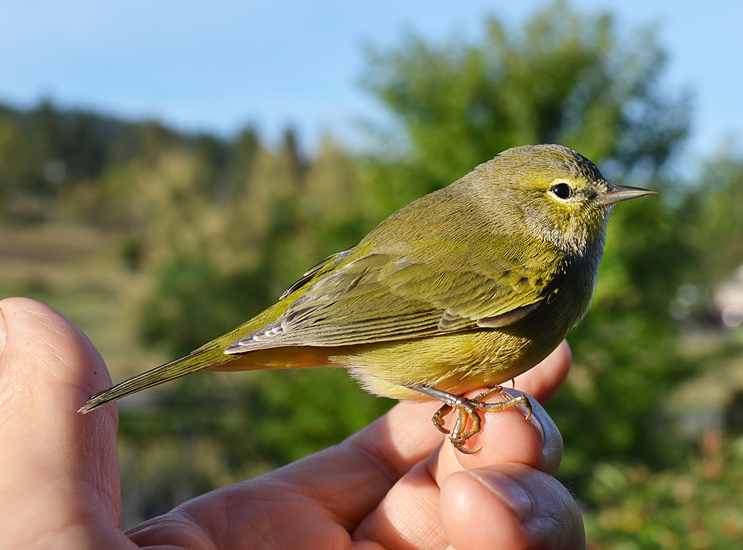 A young Orange-crowned Warbler being released after flying into a window. Photo: © Bob Scafe 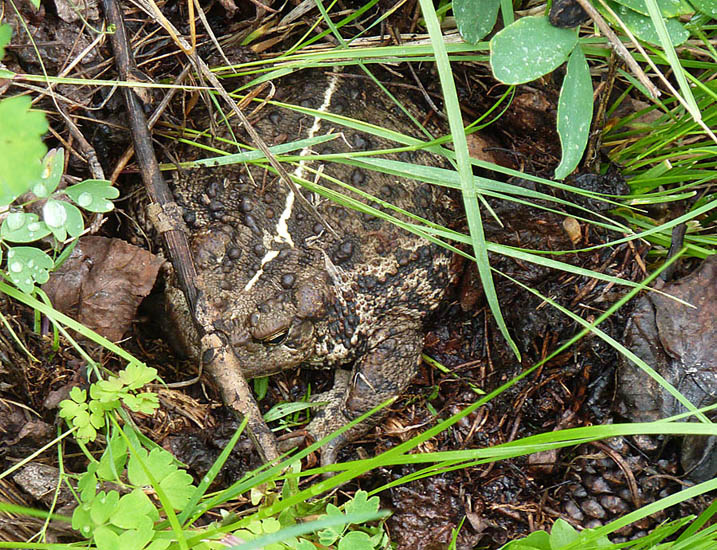 A large Western Toad is hard to see among the leaves and ground litter. These tough amphibians spend most of their lives on land and return to water only to breed in the spring. Photo: © Gerry & Jill Sanford. 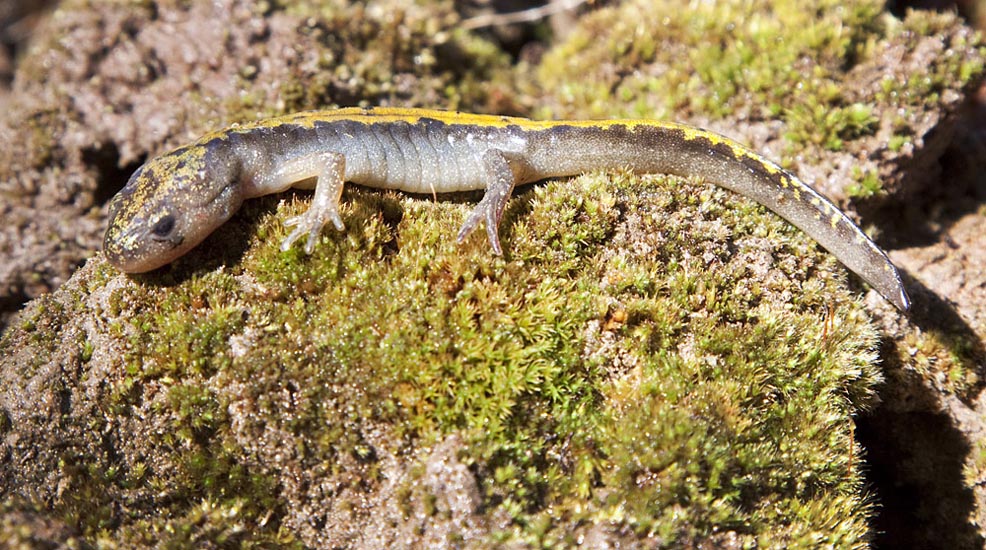 A juvenile Long-toed Salamander. This is the only salamander found in the Merritt, BC area. The long toes develop as the animal matures. Photo: © Alan Burger

Mountain Cicada (Okanagana bella), a species often associated with Douglas-fir forests and common in some parts of the Nicola Valley. Many Cicadas emerged in the summer of 2013. Their high-pitched buzzing is a signature sound of summer. Photos: © Alan Burger 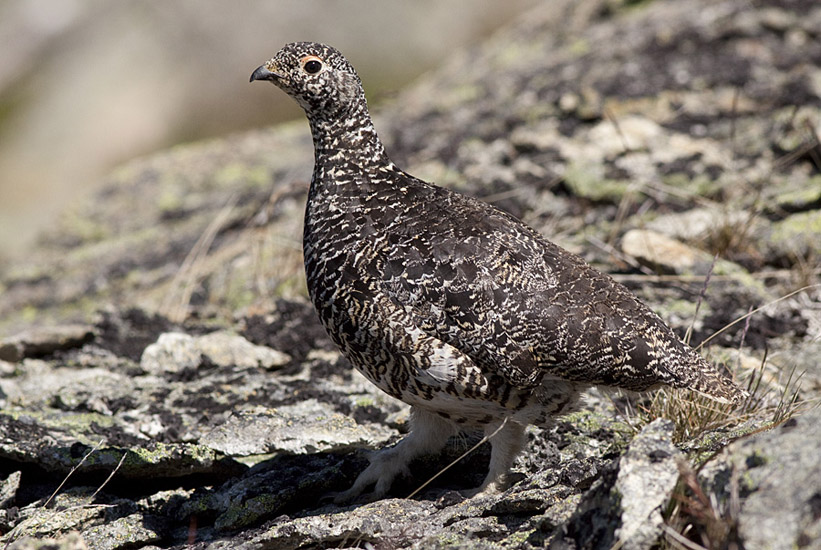 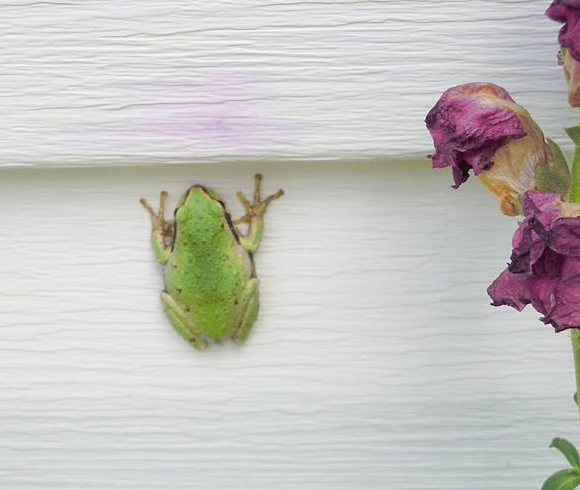 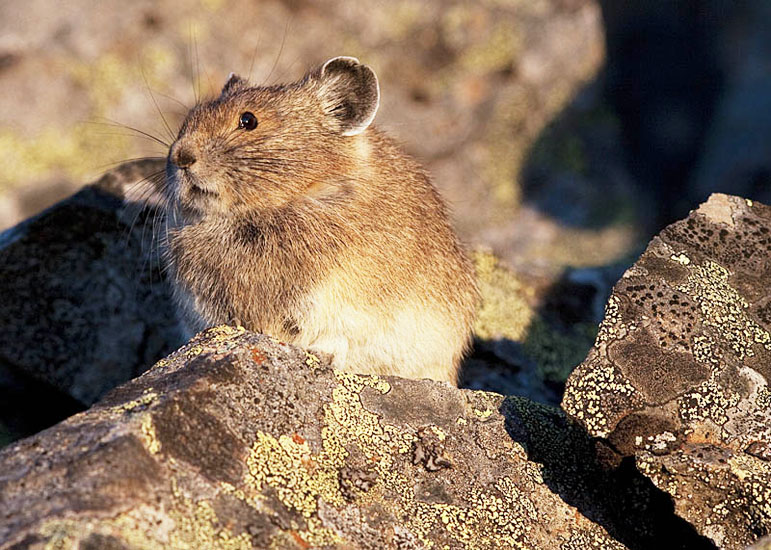 Pikas are common in the rock screes of the alpine and high elevation areas around the Nicola Valley and Coast Mountains. Photo: © Alan Burger 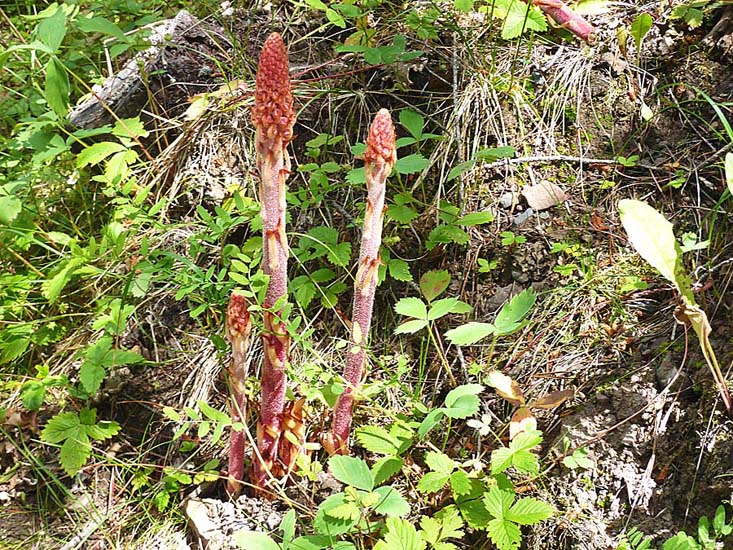 Pinedrops (Pterospora andromedea). This plant is a saprophyte – meaning that it gets most of its nourishment by tapping into decaying material, with the help of symbiotic underground fungi. It is quite widespread in the coniferous forests of the BC interior. Photo: © Gerry & Jill Sanford 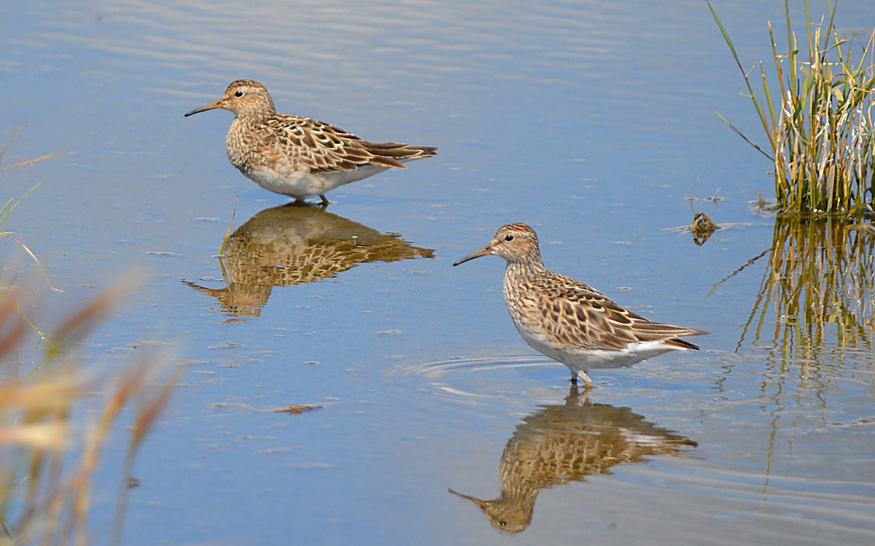 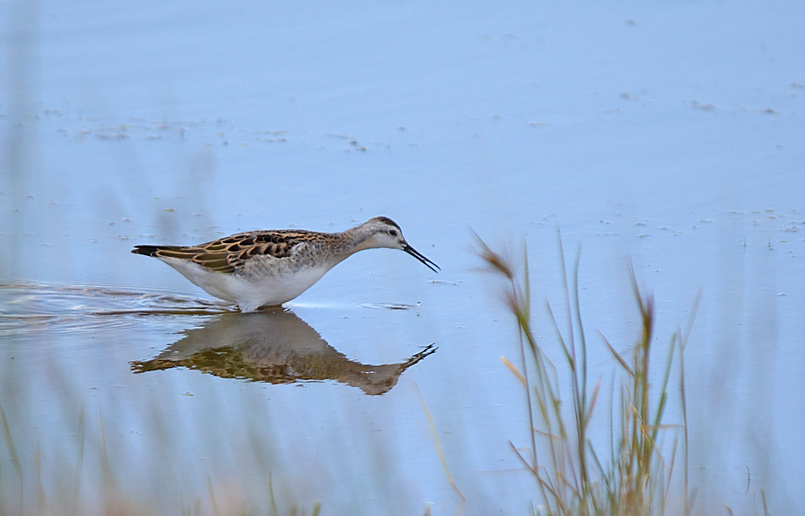 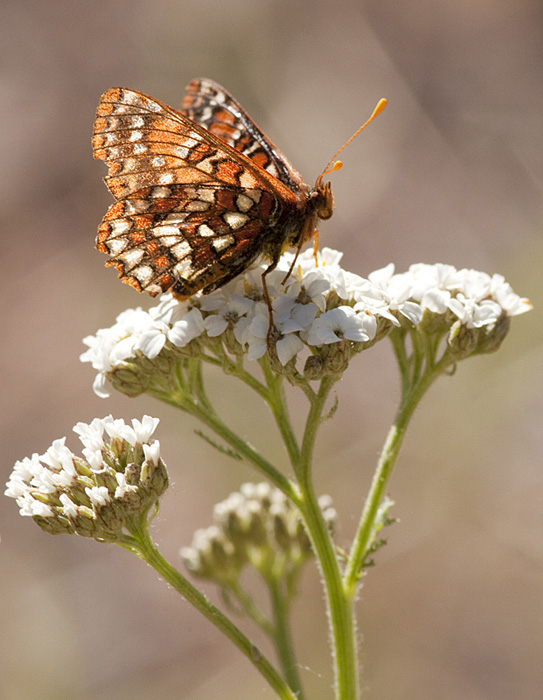 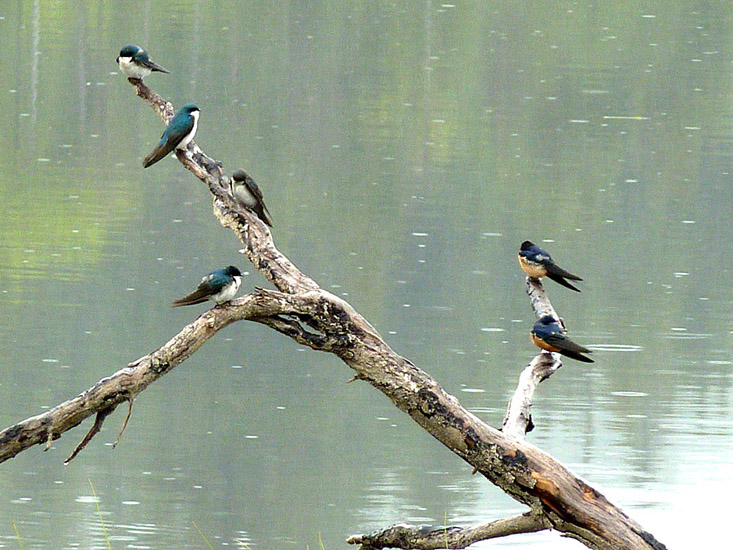