Good weather, many participants, a good selection of birds and one very surprising species were the features of the 2017-18 Christmas Bird Count in Merritt, held on 16 December 2017. This was the 19th CBC in Merritt, starting in 1995. We had 34 participants (close to our record of 35 people), recorded 65 species (above average) and 4,785 birds (well above average). For a complete record of the count data click here: Merritt Xmas Count data 1995-2017 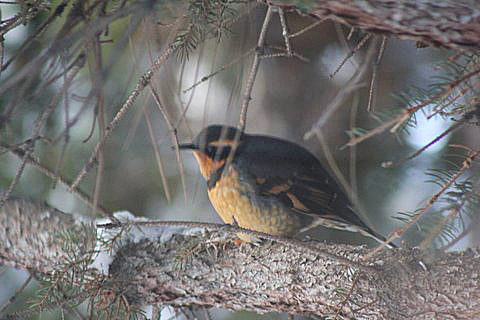 Varied Thrush is an unusual species to find in winter in Merritt – it had been recorded in only 4 of the previous 18 Merritt CBCs, but five were counted in 2017. Photo: ©Corinne & David Pitt 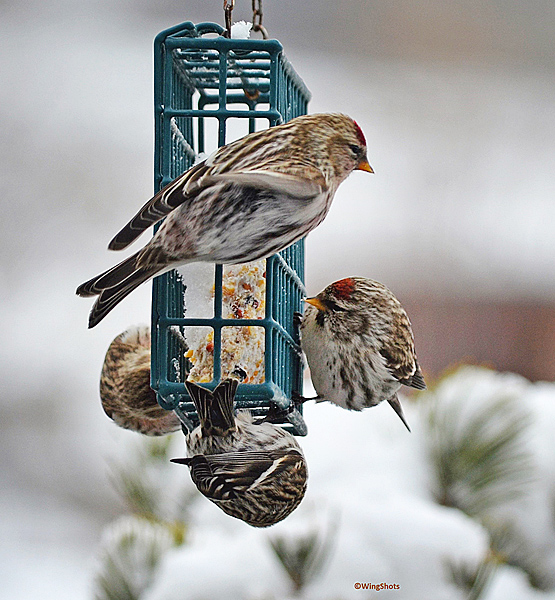 A record number of Common Redpoll (376 birds) was recorded in the 2017 Merritt CBC. Photo: ©Bob Scafe

The highlight of the day was the discovery of a Prairie Falcon in the Lundbom Commons area. This is now a rare bird anywhere in British Columbia and a first for the Merritt CBC. It will be interesting to see if any other Christmas count in Canada reports this species. 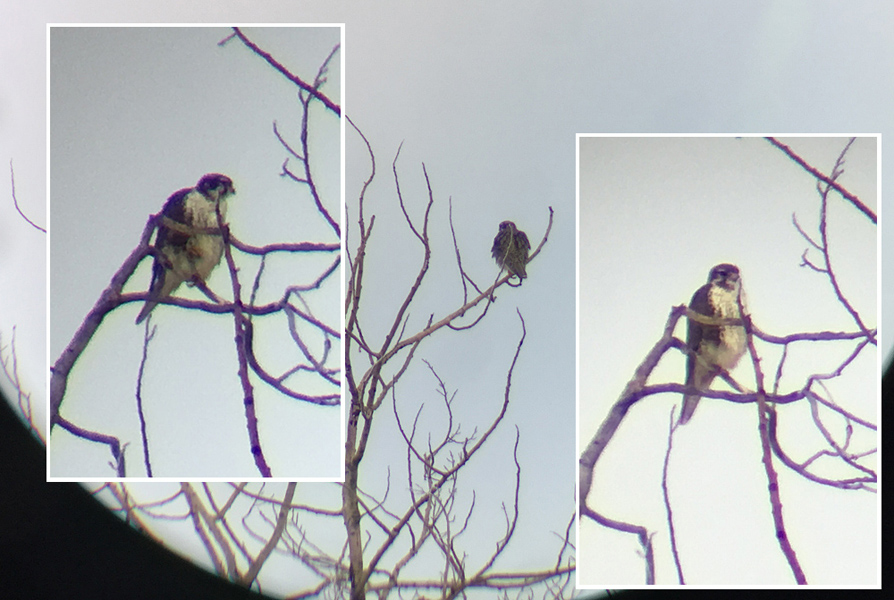 This Prairie Falcon was a first for the Merritt Christmas counts, and Diana Grimshire managed to get identifiable photos using her smart phone to shoot through a spotting scope. Photos: ©Diana Grimshire

Some species that had exceptionally high but not record high counts included: 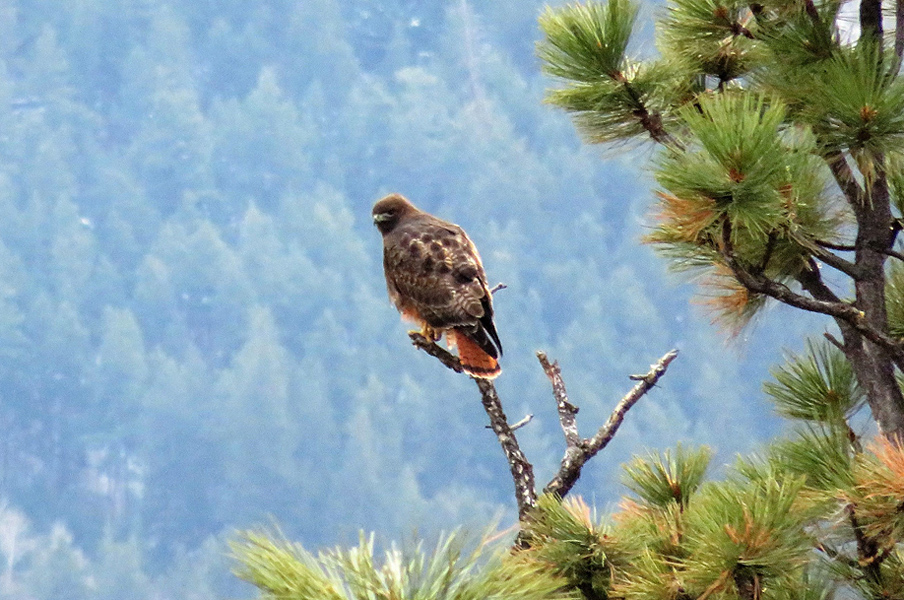 Red-tailed Hawk – a near-record high of 28 birds was recorded in the 2017 Merritt CBC. Photo: ©Bonny Kozub

As always in a Christmas count there were a few unexpected absences. In 2017 these species failed to appear: 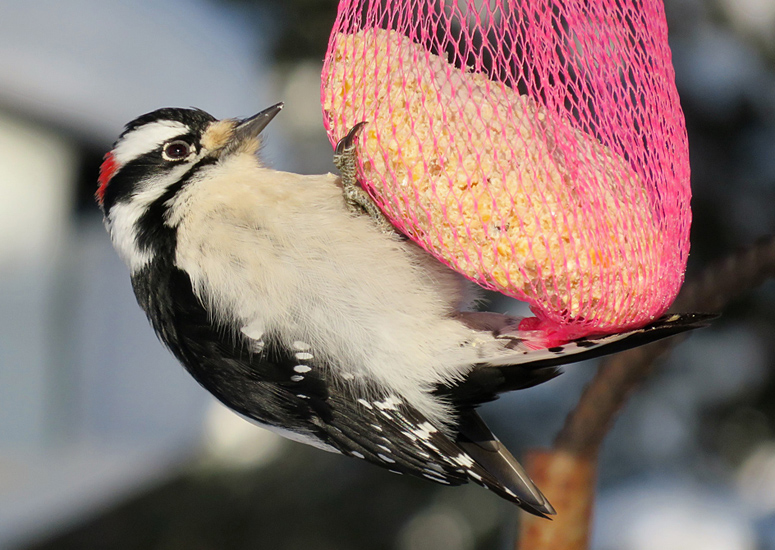 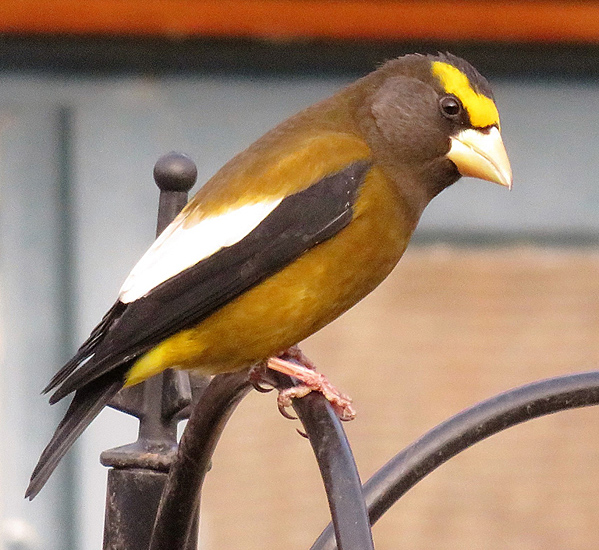 Evening Grosbeak – only three of these attractive birds were found on the 2017 Merritt CBC. Photo: ©Bonny Kozub