Howling winds which persisted all day were the feature of this Christmas Bird Count. This was the 15th annual CBC in the Merritt count circle. We had 25 participants in the field (close to our record of 26) and three feeder-watchers. Because of the wind our species tally of 57 species was slightly below the average (58) and our count of bird numbers (2,851) was well below our average of 3,324 birds. Despite the wind, it was a fun day which wrapped up with an excellent pot-luck dinner – many thanks to the Shewchuks for hosting that!

Shaw TV made a short video of the 2013 Merritt Christmas Bird Count which is now online. To view the video click here: Shaw TV 2013 Bird Count 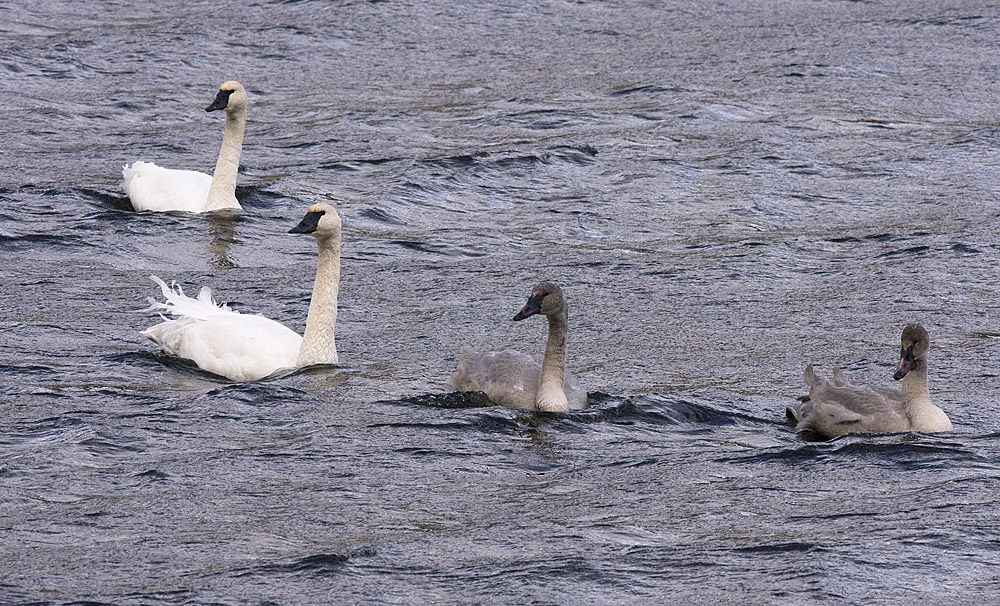 No new species were added on the count day, but Snow Buntings were reported for the count week – this species has never been reported in previous counts.

We had some excitement when a small hawk was initially identified as a Cooper’s Hawk (only seen once before on a Merritt CBC) but luckily Carol Madryga had taken a photo of the bird. Expert birders identified this as a Sharp-shinned Hawk – the head cap and back of neck are the same colour as the back and the bird has a very large eye set forward in the head. Cooper’s hawk is larger, has a paler nape and the eye is more central in the head. These two species are always hard to separate. 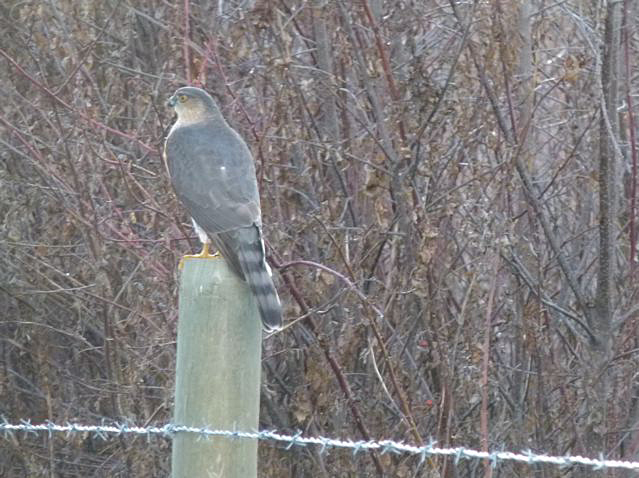 This Sharp-shinned Hawk was initially identified as a Cooper’s Hawk, but expert birders confirmed its identity. Photo © Carol Madryga 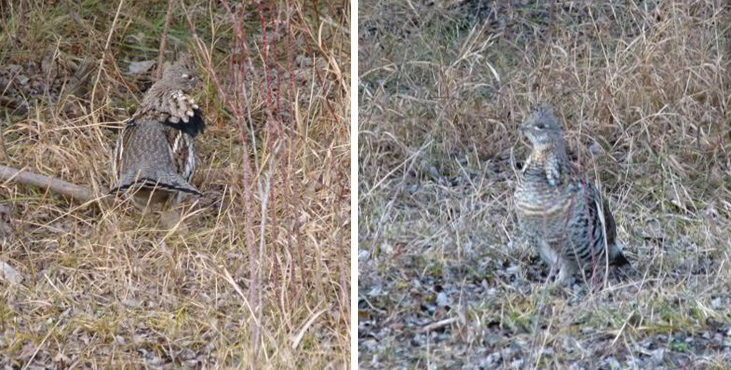 We had four Ruffed Grouse in the Merritt Christmas count, which matches last year’s high count. These two were in the ranchlands near the upper Nicola River. Photos © Carol & Jack Madryga

We had a record count of 11 Rough-legged Hawks, migrants from the Arctic tundra which overwinter here. Bob Scafe nicely captured photos of this bird hunting over the Lundbom Common during the Christmas Bird Count. Photos © Bob Scafe

Greater Scaup, American Coot and Hairy Woodpecker were all seen on the day after the count (when the winds had abated) so we have them as Count Week species. Other Count Week species were Western Grebe, Great Horned Owl and Snow Buntings. 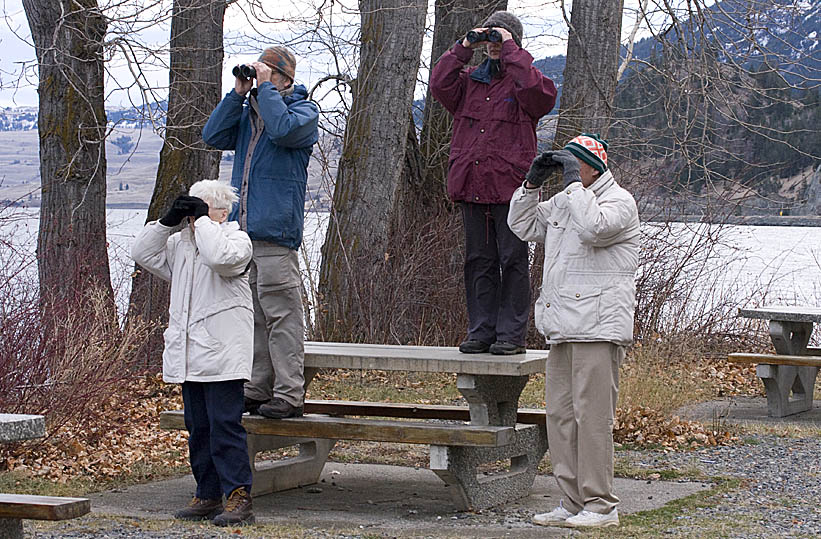 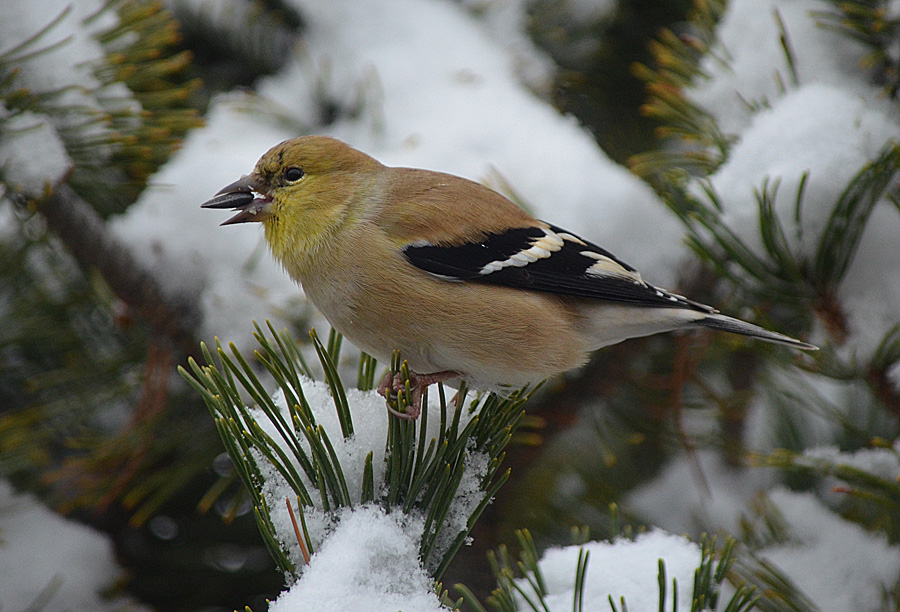 American Goldfinch munching on a feeder sunflower seed. We had a near-record count of 84 goldfinches in this year’s count. Photo © Bob Scafe 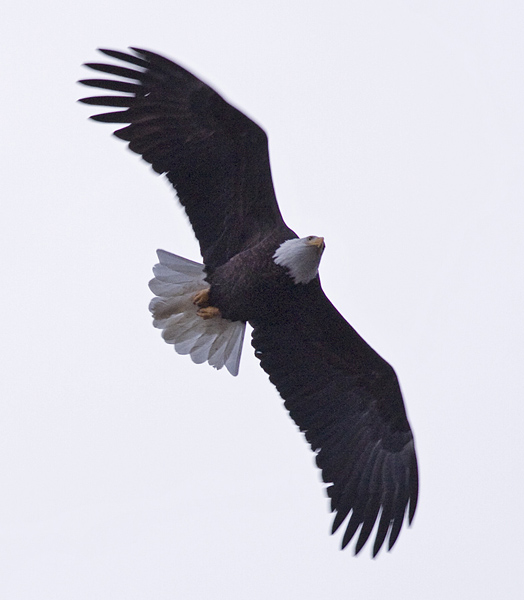