The Nicola Naturalist Society, working under the guidance of BC Parks and professional herpetologists from Biolinx Environmental Research of Victoria, has been involved for the past two years in an important project at Kentucky Alleyne Provincial Park, near Merritt. West Pond in this park is an important breeding site for the Western Toad, a species of conservation concern in Canada. In summer, tens of thousands of tiny young toadlets emerge from the pond to migrate to the forest areas where they will live for the rest of their lives, returning to the water only as adults to breed. 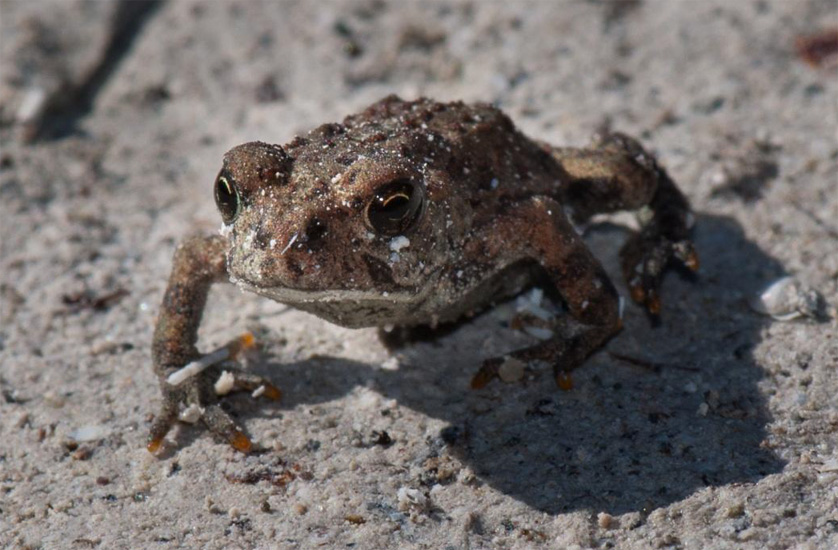 Unfortunately at Kentucky Alleynne Park the toadlet migration route crosses one of the busiest roads in the park’s popular campsite. In past years thousands of little toadlets were killed by cars on the road. In 2012, with funding from the BC Parks Enhancement Fund (PEF), the Nicola Naturalists and Biolinx did a detailed study mapping where and when the toadlets migrate. That 2012 report is available here: Kentucky-Alleyne Toad Report, FINAL Dec 2012

In 2013 BC Parks installed an enviro-culvert (donated by BC Timber Sales) to provide a safe crossing for the toadlets under the campsite road.  BC Parks once again provided PEF funds to help Nicola Naturalists and Biolinx monitor the effectiveness of this new tunnel. Nicola Naturalist volunteers helped install a low fence to channel toadlets under the tunnel, and spent many days monitoring the numbers of toadlets along the fence, at the tunnel and on the road. Our work raised a lot of interest among the campers and visitors at the park and provided an excellent opportunity to discuss the Western Toad situation and the conservation of amphibians in general. A poster sign is being produced to provide a permanent source of this information to park visitors.

Our Biolinx partners have now analysed these monitoring data and produced a report. The data show that large numbers of toadlets were safely diverted under the road through the tunnel. There were still some mortalities on the road and there is still some work to be done in 2014 to improve the system. Click here to download the 2013 report: KA Toad Report, final revised 2013 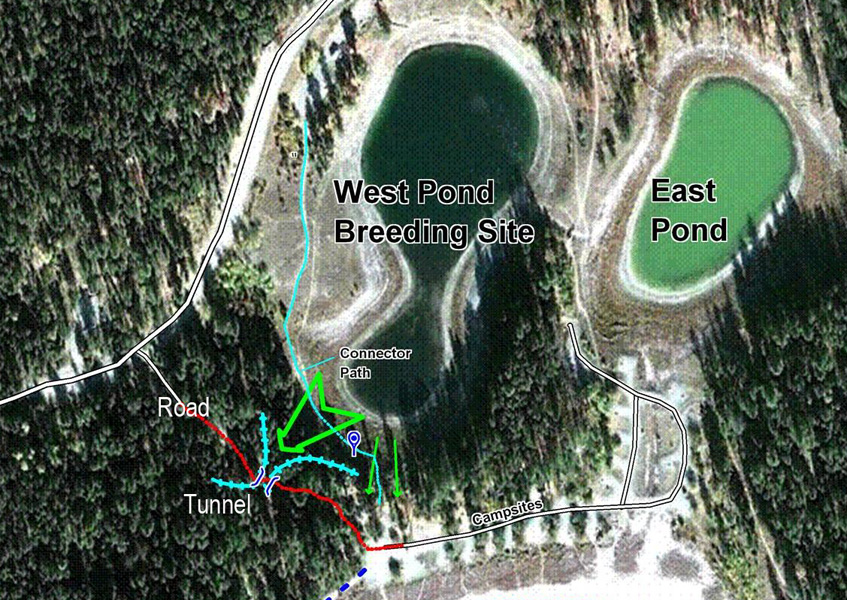 Map showing the location of the enviro-culvert (tunnel) and the movement of toadlets through the tunnel at Kentucky Alleyne Provincial Park. For more details download our 2013 report – link on this page. Map courtesy Biolinx Environmental Research Ltd.