Our club held its second summer camp on the weekend of 19-21 July, once again at the lovely private campsite on Frank Chisam’s property. This is a great place for summer activities – located half way between Merritt and Spences Bridge, right on the banks of the Nicola River and with the KVR rail trail running by just steps away. A privileged group of nine campers stayed for the weekend and two others joined us for the Saturday potluck and Sunday hike. Thanks to Chris Lepsoe for doing most of the organizing and to Frank Chisam for sharing his scenic campsite with our group.

Saturday’s highlight was the visit of Grand Chief Howie Holmes from the Upper Nicola Band. Howie delighted us with stories of his adventurous youth – as a rodeo rider and horse trainer – and his current role as Knowledge Keeper to maintain his people’s traditions and culture. 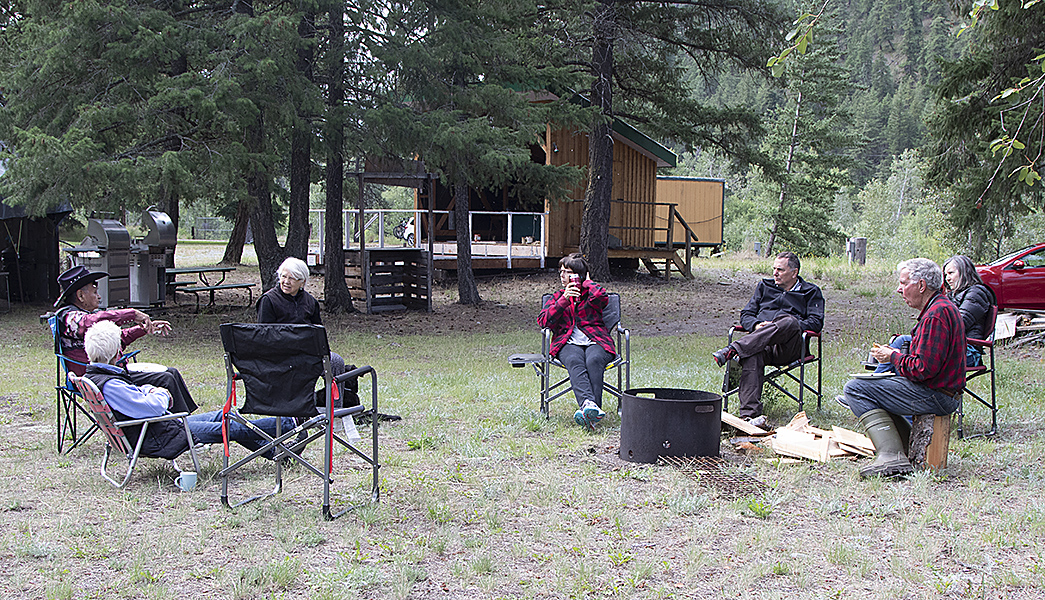 Howie is an 80-year resident of the Nicola Valley. As a ranch worker and sought-after horse trainer he got to know most of this extensive area and has vivid memories of the people, wildlife and lifestyle of this area. 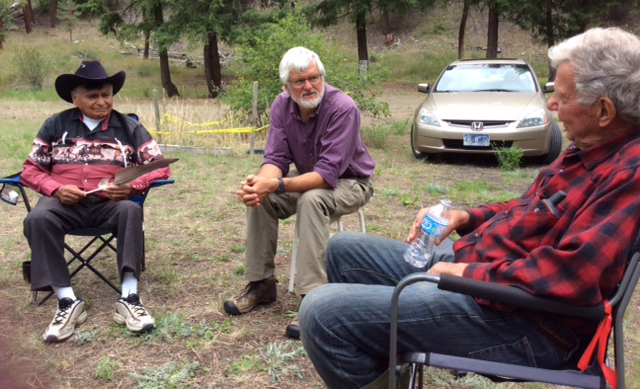 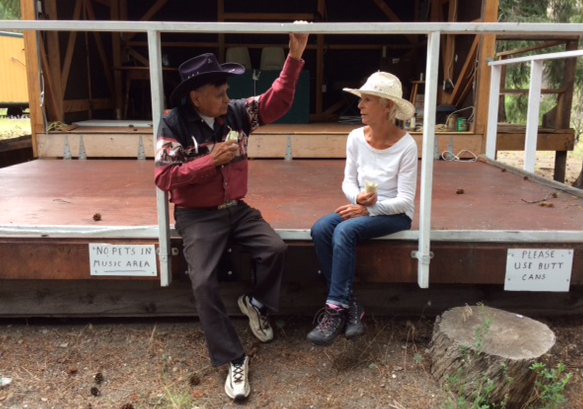 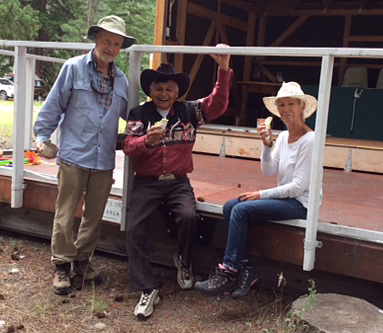 Our relaxed camp schedule provided lots of time to chat by the campfire, go biking on the KVR rail trail, birding, botanizing and swimming in the Nicola River (although only two campers and a dog took up that option). 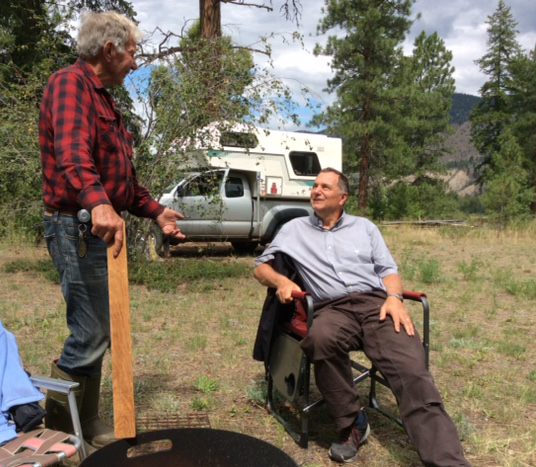 Norm and Bob chatting by the campfire. Photo: Janet Roth 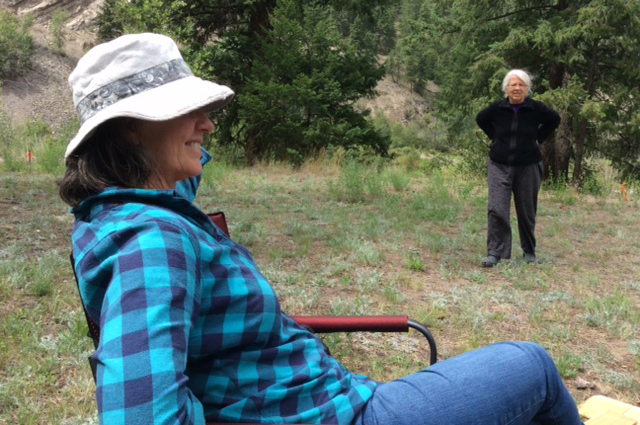 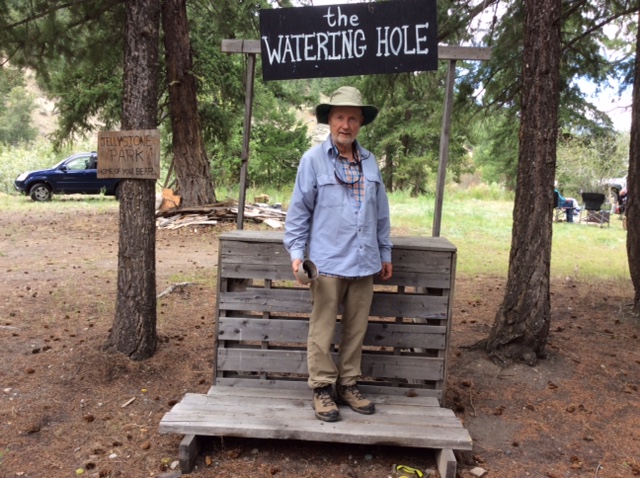 Sunday’s feature was a drive down to Spences Bridge, with a stop to explore the junction of the Nicola and Thompson rivers, and look for wildlife at a couple of stops. 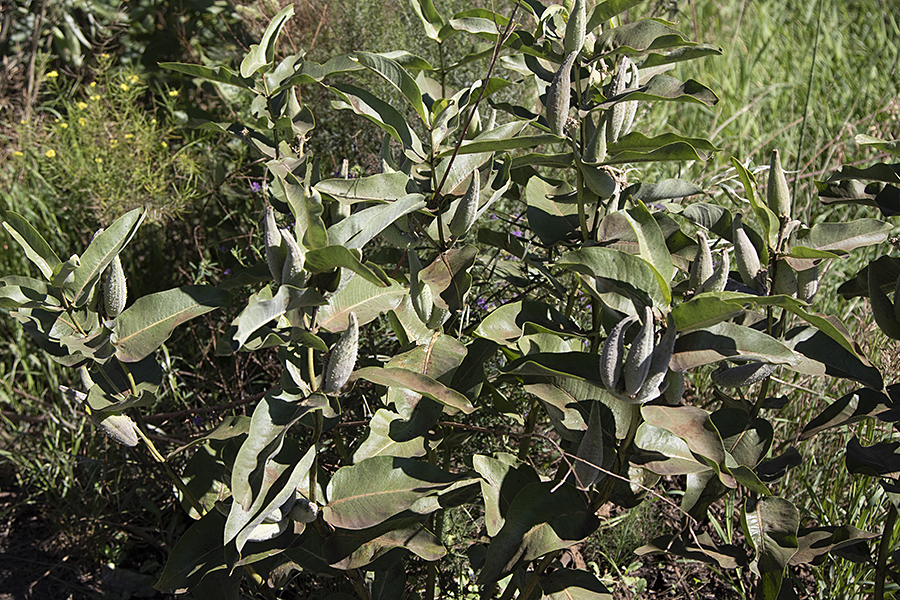 Someone has spread milkweed seeds along the lower Nicola Valley in an effort to attract Monarch butterflies. Here is a healthy milkweed plant near Spences Bridge. Photo: Alan Burger 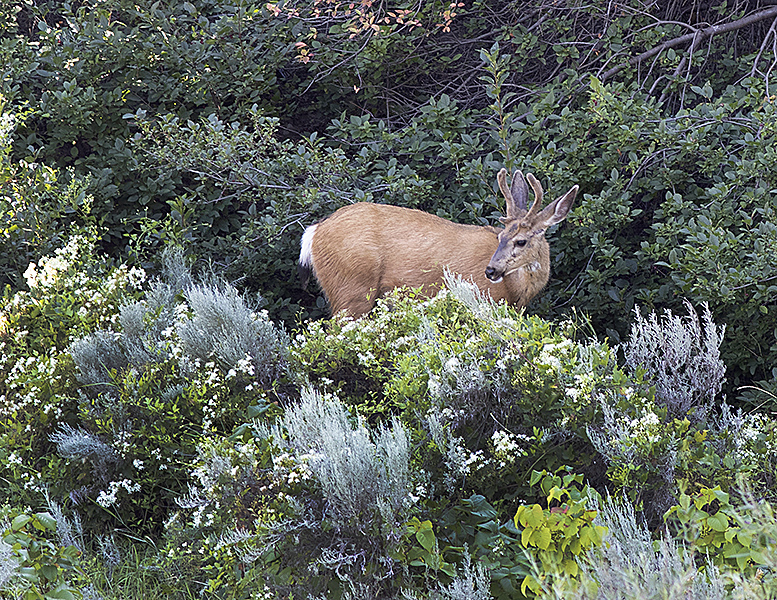 A male Mule Deer near the junction of Nicola and Thompson rivers. Photo: Alan Burger 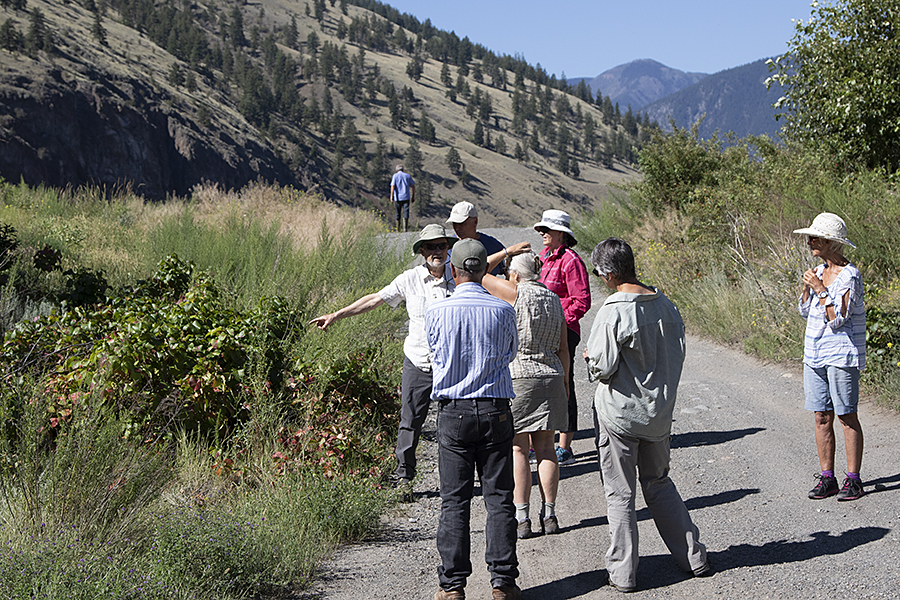 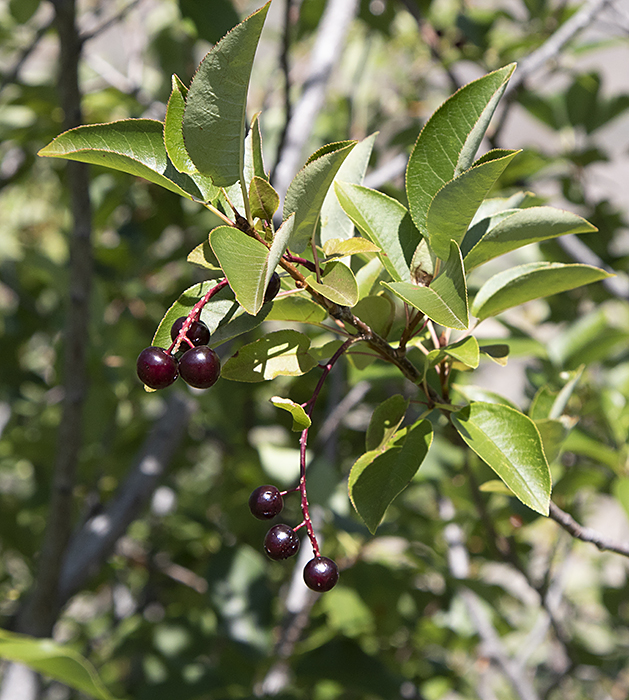 We enjoyed ripe Chokecherries on the banks of the Thompson River. Photo: ©Alan Burger

Then we hiked from “downtown” Spences Bridge along the Thompson River to the beautiful waterfall on Murray Creek. Along the way we saw Bighorn Sheep and many birds, including the uncommon Lewis’s Woodpeckers. 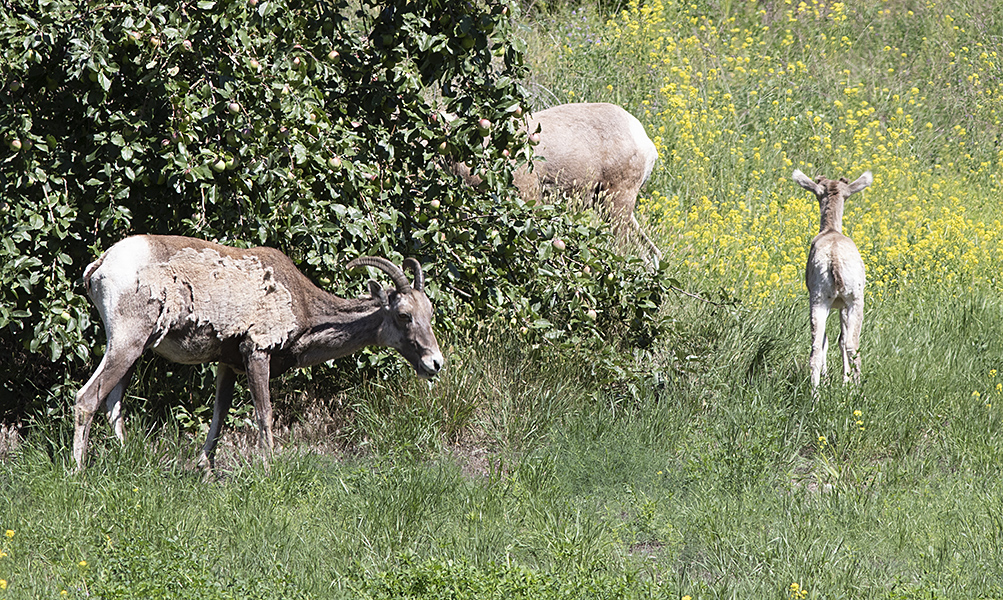 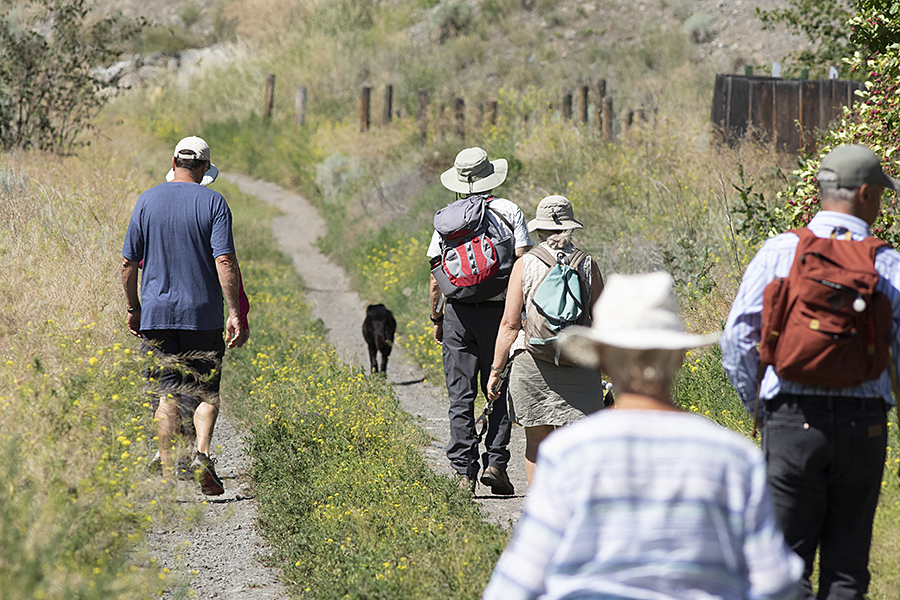 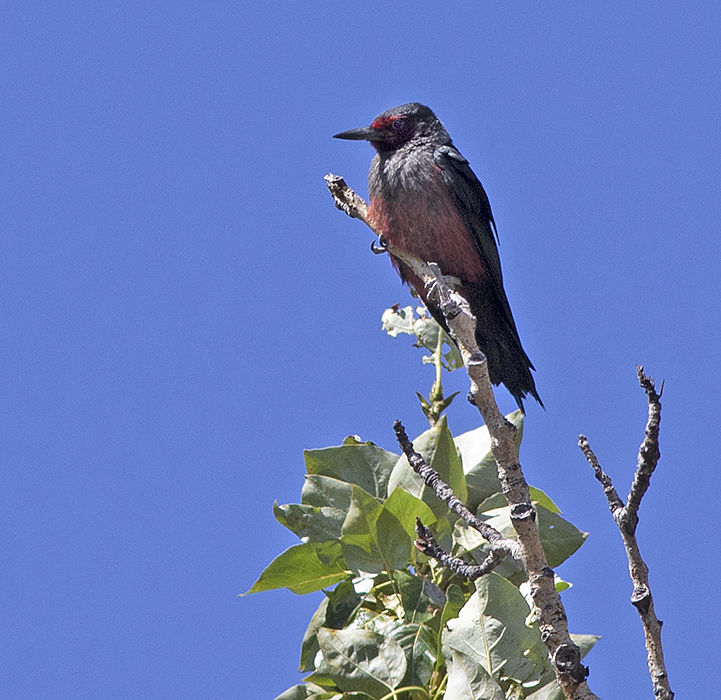 Lewis’s Woodpecker – one of the specialties of the Thompson-Nicola area. Photo: ©Alan Burger

On a hot sunny day it was a pleasure to sit in the shade next to Murray Creek just below the falls and enjoy our lunch. We were entertained during lunch by a newly-fledged American Dipper juvenile that wandered down the rushing creek, picking at tiny insects on the water’s edge. 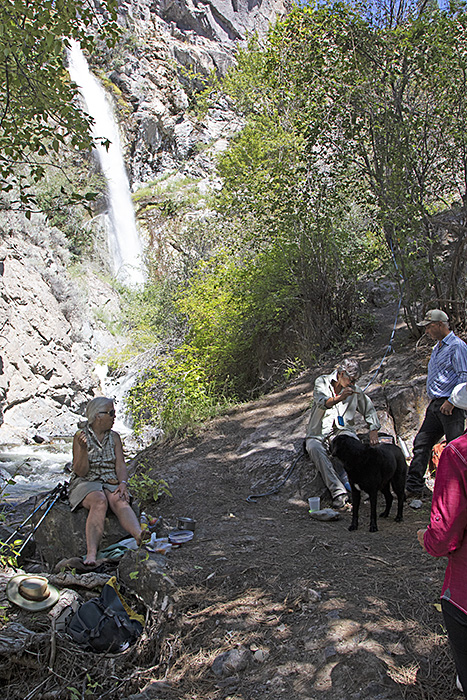 Lunch in the shade with Murray Falls behind. Photo: Alan Burger 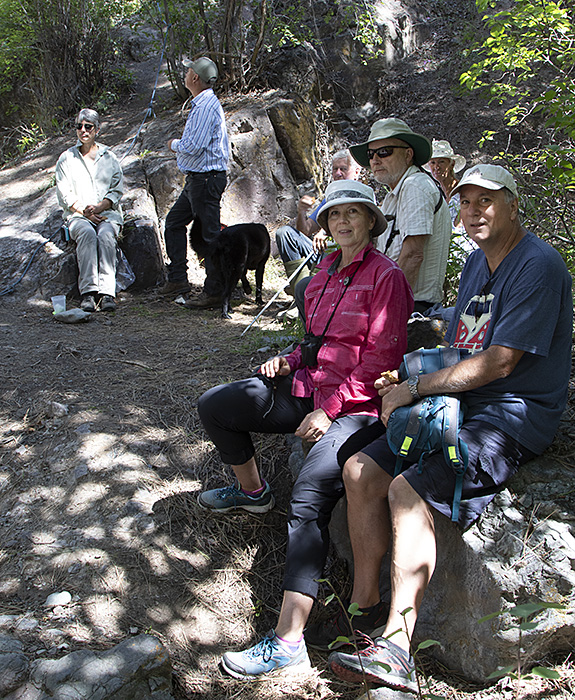 Enjoying the shade on the edge of Murray Creek. Photo: Alan Burger 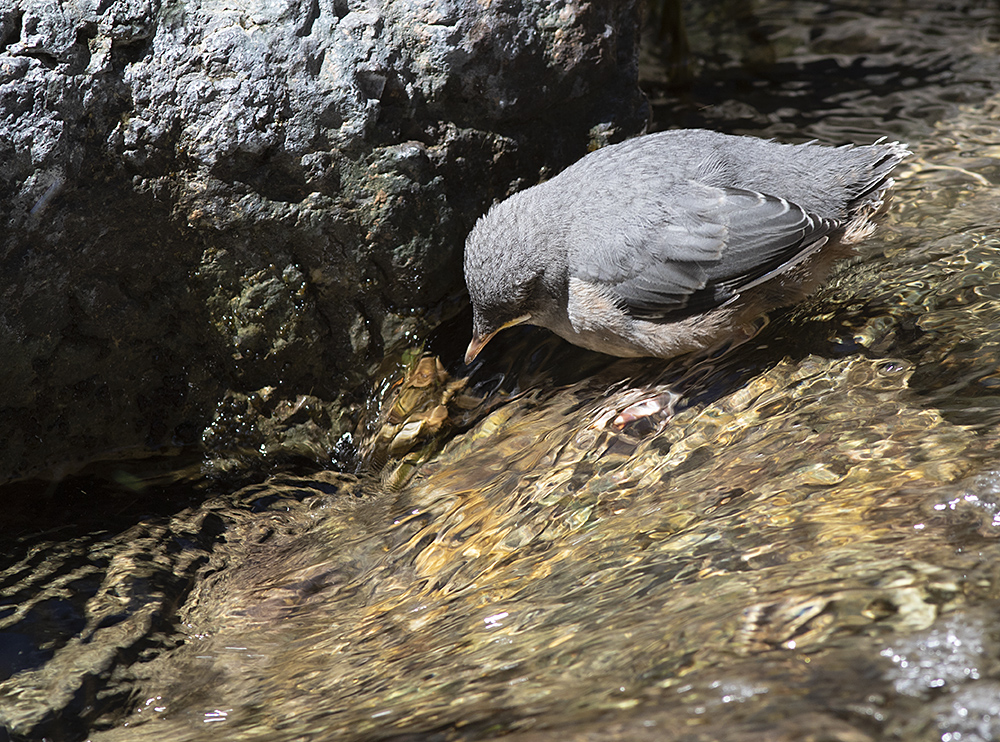 A newly-fledged American Dipper foraging along the edge of Murray Creek just below the waterfall. Photo: Alan Burger 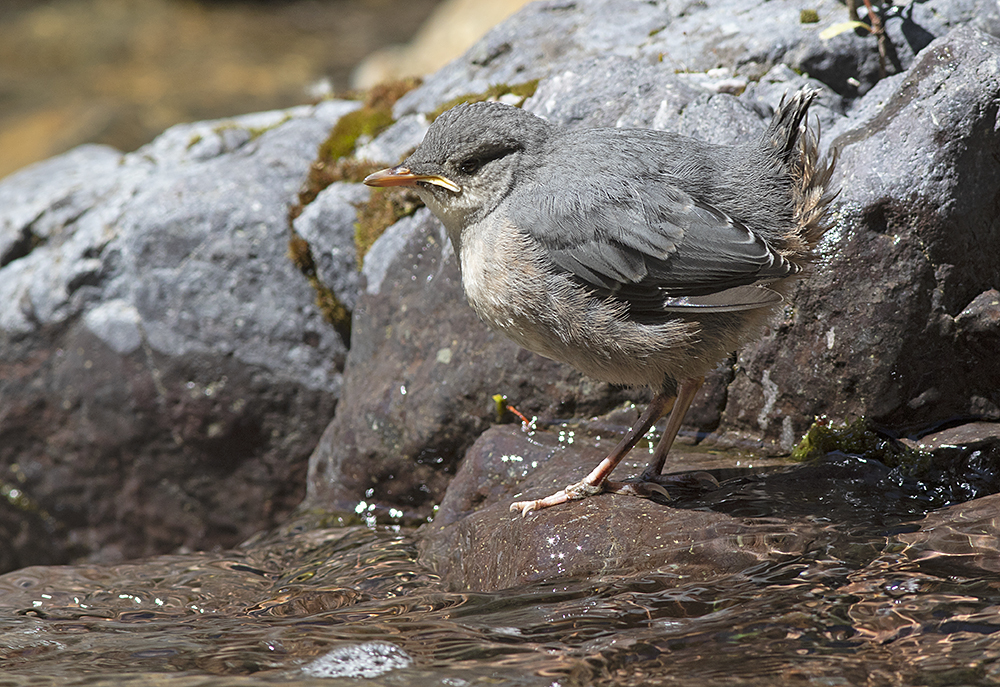 American Dipper fledgling just out of the nest and already foraging for itself. Photo: ©Alan Burger

On both Saturday and Sunday mornings, Alan led pre-breakfast birding walks along the KVR rail trail. With a variety of habitats (riverine shrubs and forest, hayfields, dry pine slopes and the river itself) we encountered a diverse array of birds. For a full list of the birds and mammals recorded during the camp click here: Birds & mammals NNS camp 2019

Here are a few photos of the birds seen on our birding walks: 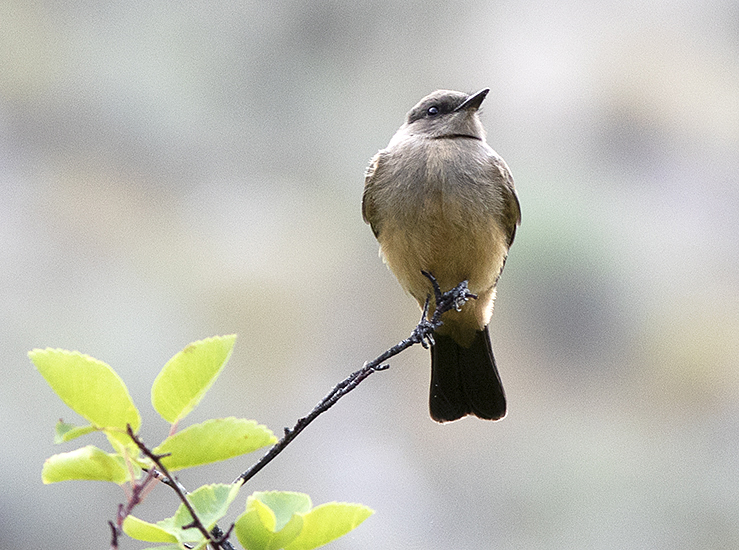 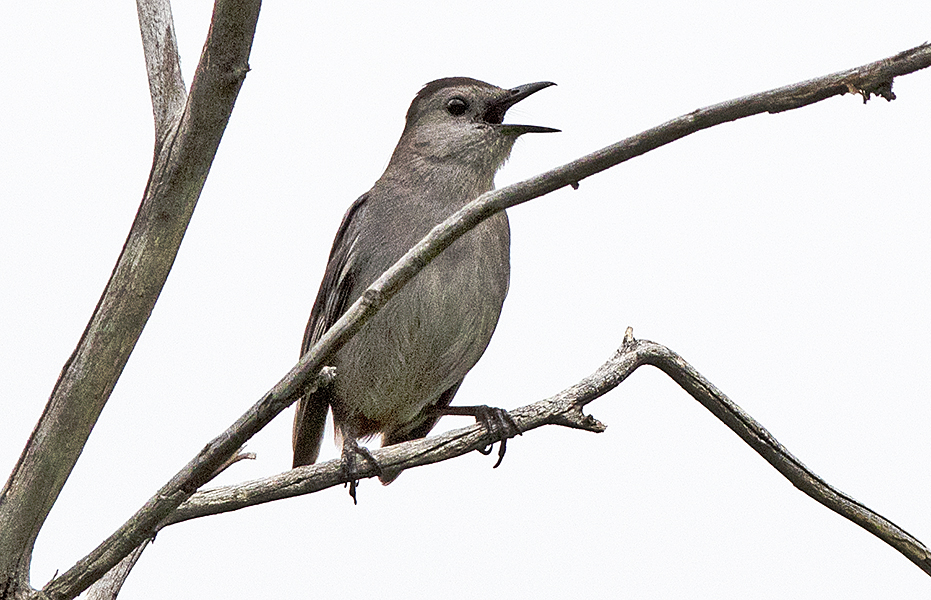 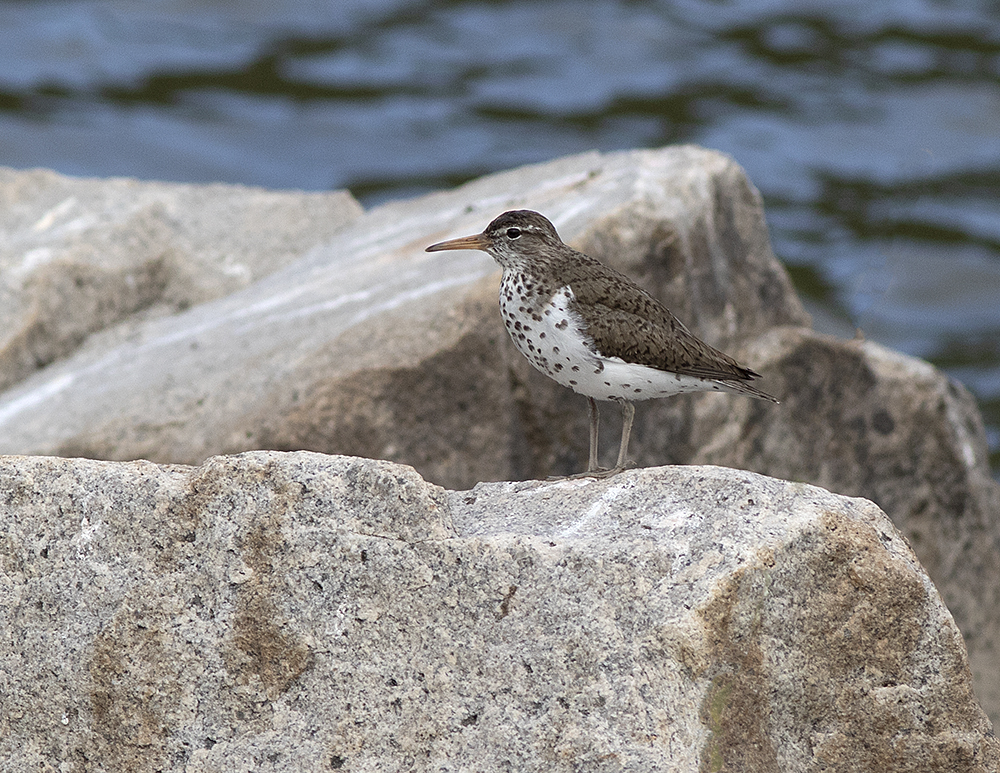 Spotted Sandpiper on the banks of the Nicola River. Photo: ©Alan Burger 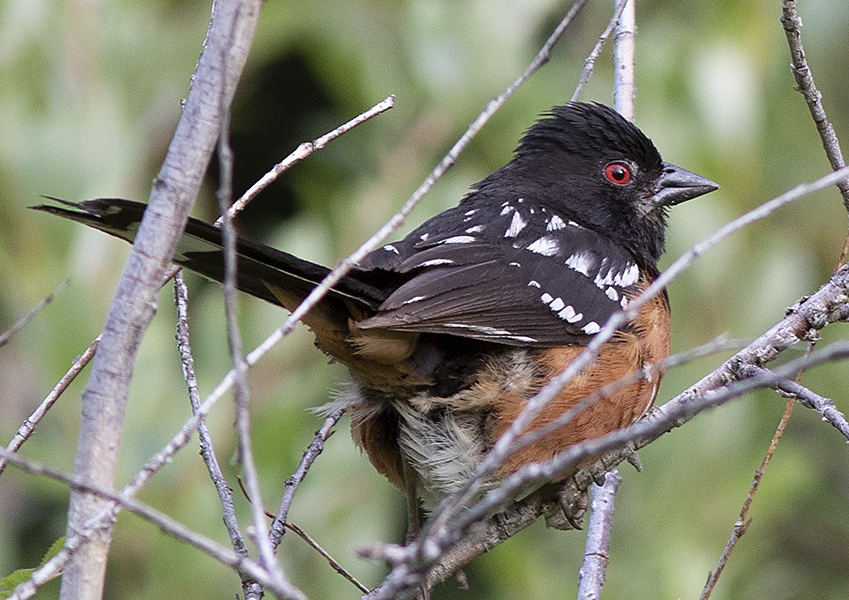 Spotted Towhee in the shrubs along the KVR rail trail. Photo: ©Alan Burger