With generally calm weather, moderate temperatures and open water on Nicola Lake, conditions were favourable for a good count. A record number of participants (28) were in the seven field parties that covered the Merritt count circle. We also had two feeder-watchers. Our tally for the day was 68 species, well above the 16-year average for this count (59 species) and close to the record high (70 species). Total bird numbers (4007 individuals) were also above the average (3370 birds). In general it was a good year for raptors, introduced gamebirds (pheasants and Chukar), swans, geese, woodpeckers, blackbirds and some finch species. It was a poor year for nuthatches and Mourning Doves. 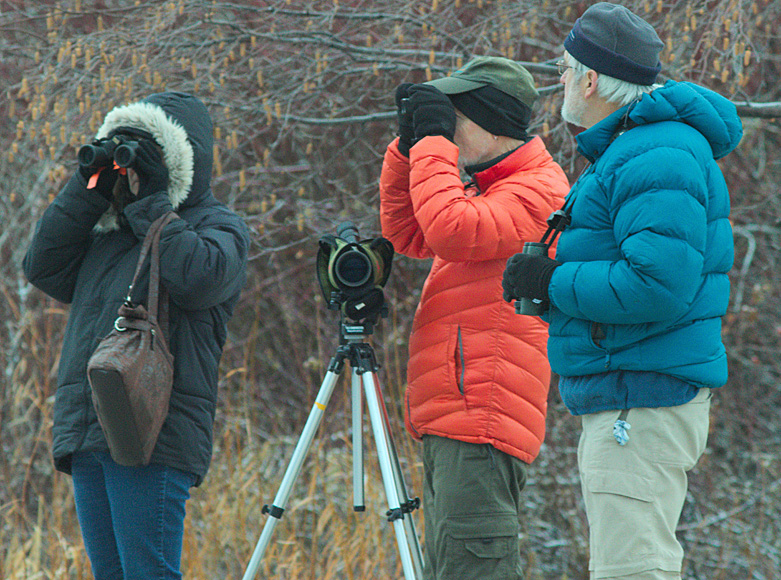 Highlights of the count included:

Other species seen that we don’t usually get were Western Grebe (3 on Nicola Lake), Golden Eagle (1 near Nicola village), Killdeer (1 near the yacht club on Nicola Lake),  Northern Pygmy Owl (1 north of Nicola Lake), Pacific (Winter) Wren (1), and American Tree Sparrow (1 on the Lundbom highlands). 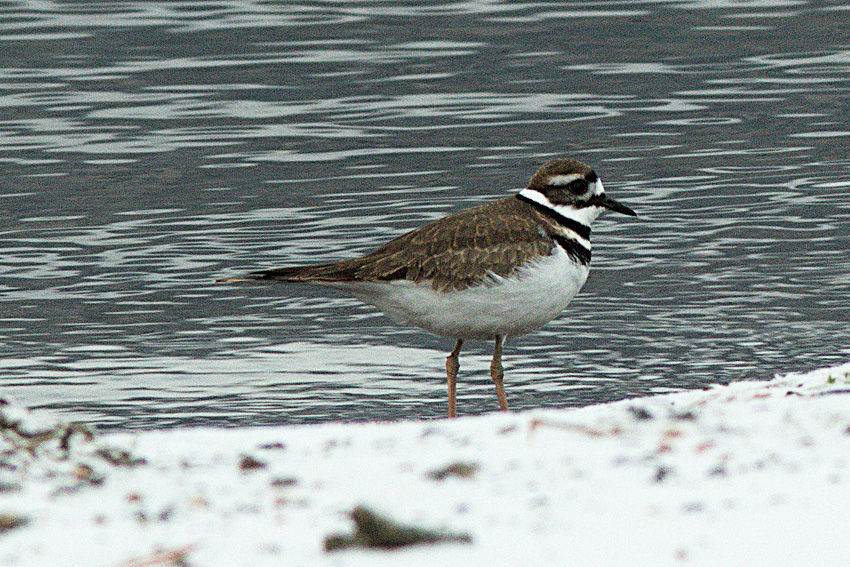 A Killdeer forages along the shores of Nicola Lake, 14 Dec 2014. This is only the 4th record of this species in the Merritt Christmas Bird Count. Photo: © Corey Burger

Record high numbers were recorded for: 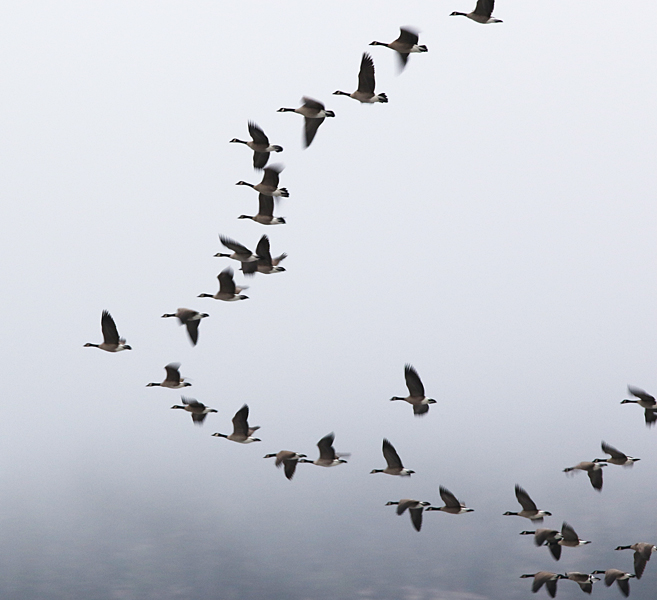 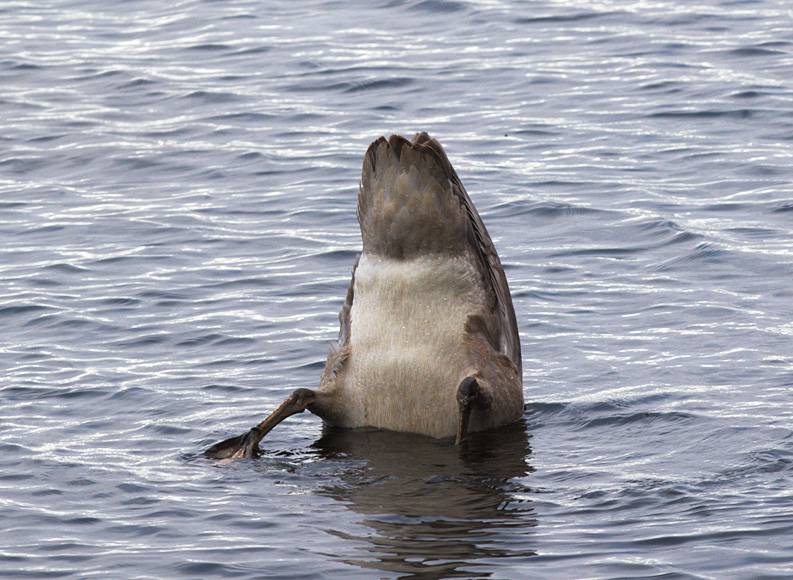 Its difficult to identify this bird (any guesses?) Photo: © Corey Burger 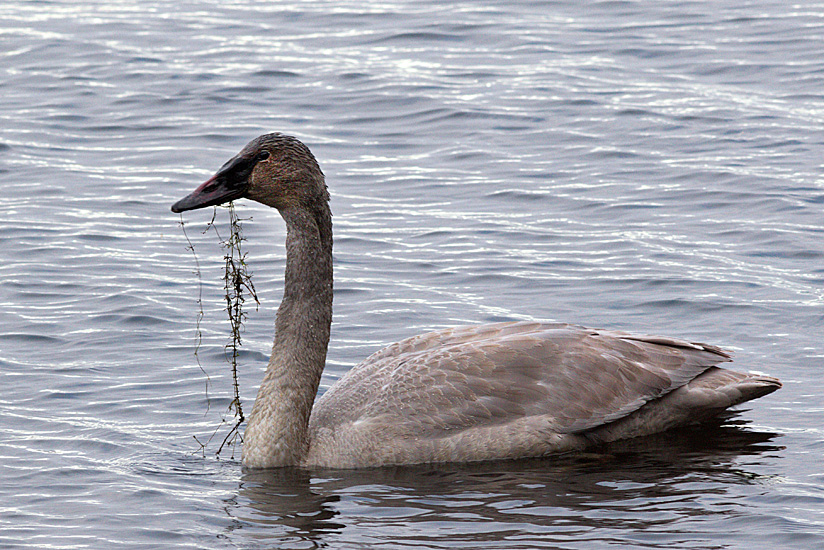 Easier to identify this way up – its a Trumpeter Swan (juvenile), one of 52 recorded on Nicola Lake on the 2014 Merritt Christmas Bird Count. Photo: © Corey Burger 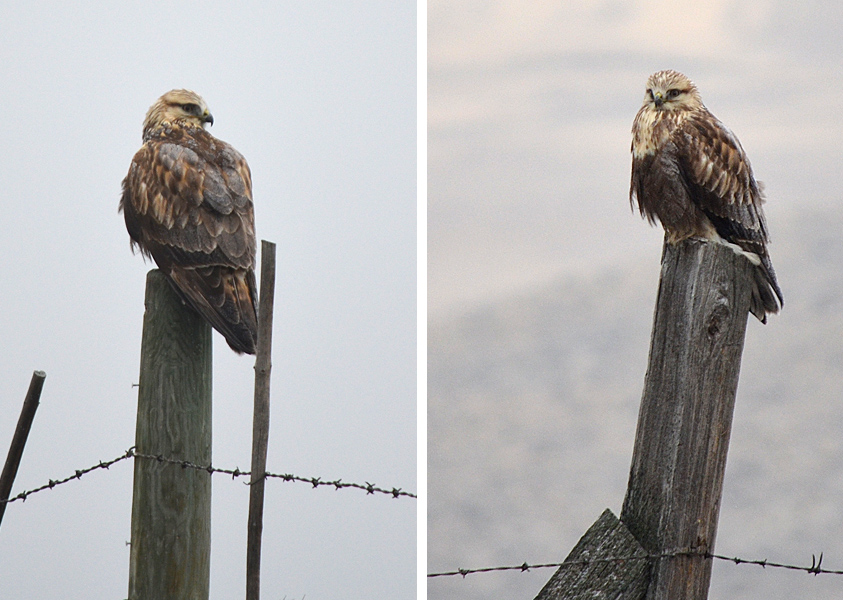 The big miss of the day was Red-breasted Nuthatch – normally we get 5 to 20 of this common species (average is 11 birds), but none was seen on the count day, although one was reported in the Count Week. Pygmy Nuthatch numbers (3) were also well below the 16-year average of 16 birds. Other species with numbers well below average were Mourning Dove (40), and Pine Siskin (1). 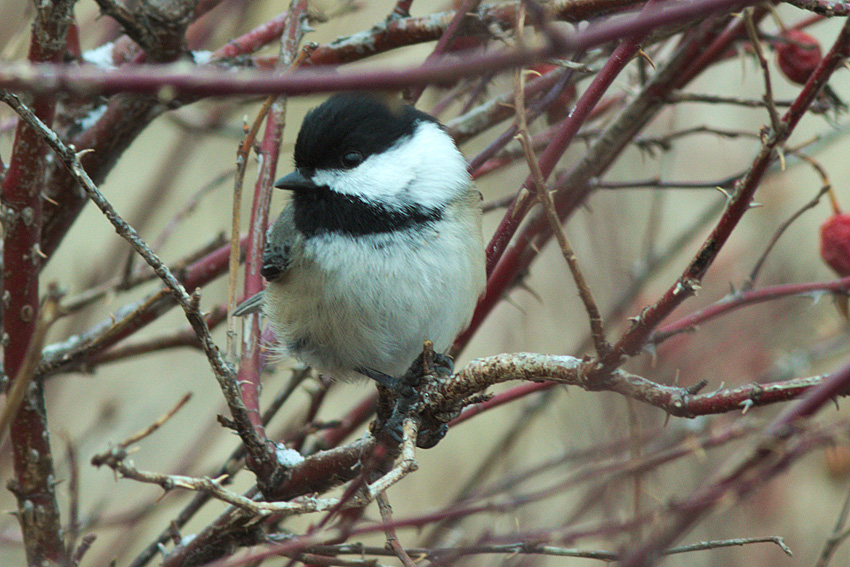 Black-capped Chickadee – one of the species ticked by most groups on the Merritt Christmas Bird Count. Photo: © Corey Burger