With the COVID restrictions still in place we are unable to have our usual evening meetings and outdoor outings. So here we have organized a virtual naturalist outing, with members contributing their recent photos of local nature for all to share. Thanks to all who have contributed.

This is the first edition of our spring virtual outing. To see the second edition – click here.

This is always an exciting time for arrival of spring migrant birds. Here are a few fresh arrivals: 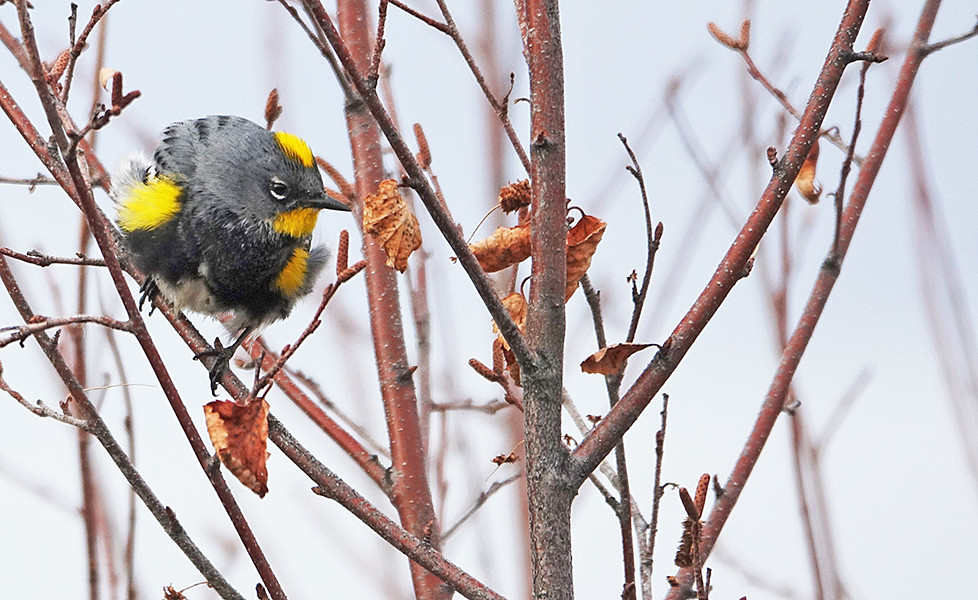 Yellow-rumped Warblers are often the first warblers to arrive back. Photo: ©Frank Ritcey 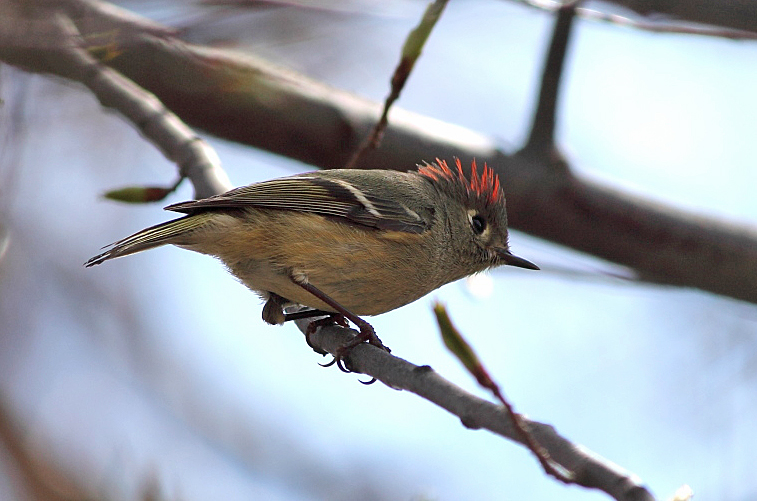 One seldom sees the ruby crown of a Ruby-crowned Kinglet this well. Doug Turvey managed to get this great shot in his backyard. Photo: ©Doug Turvey 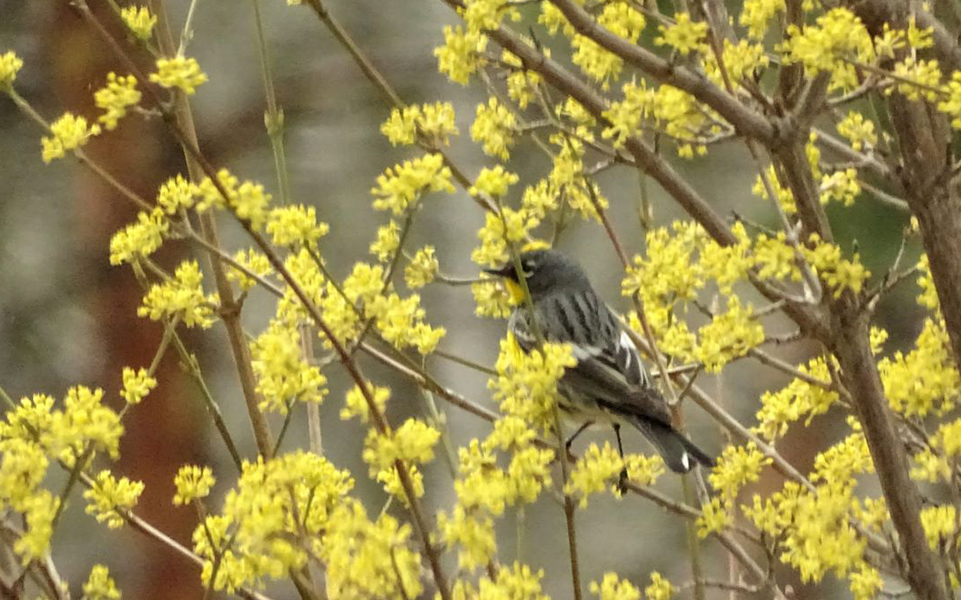 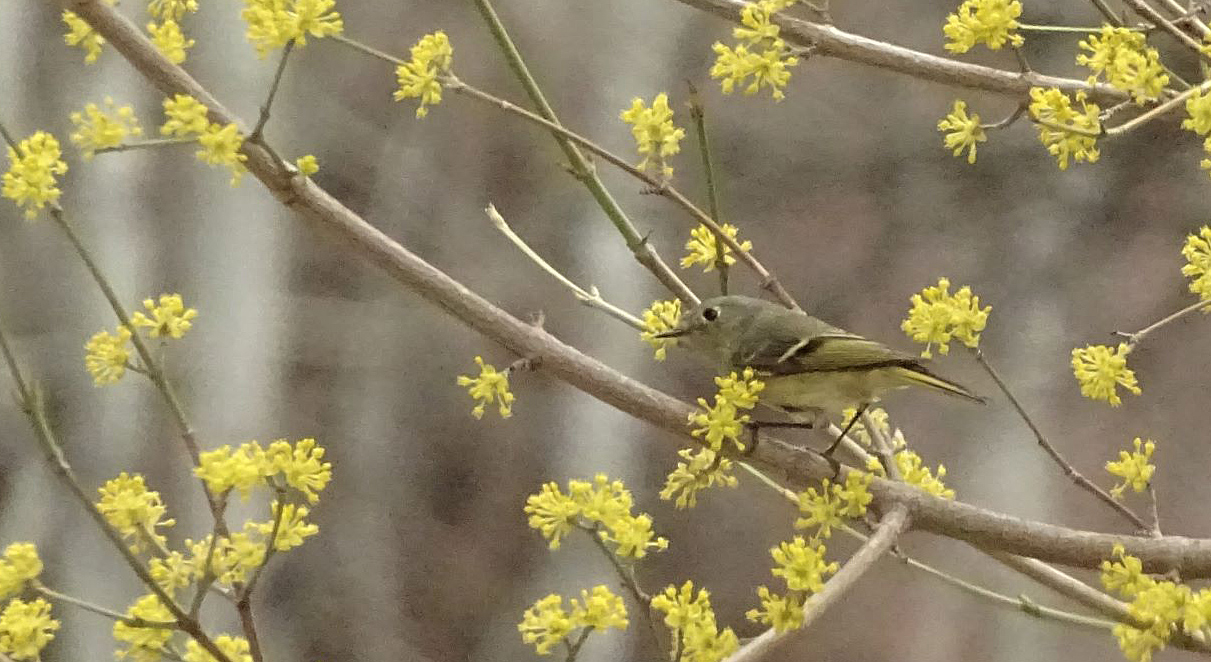 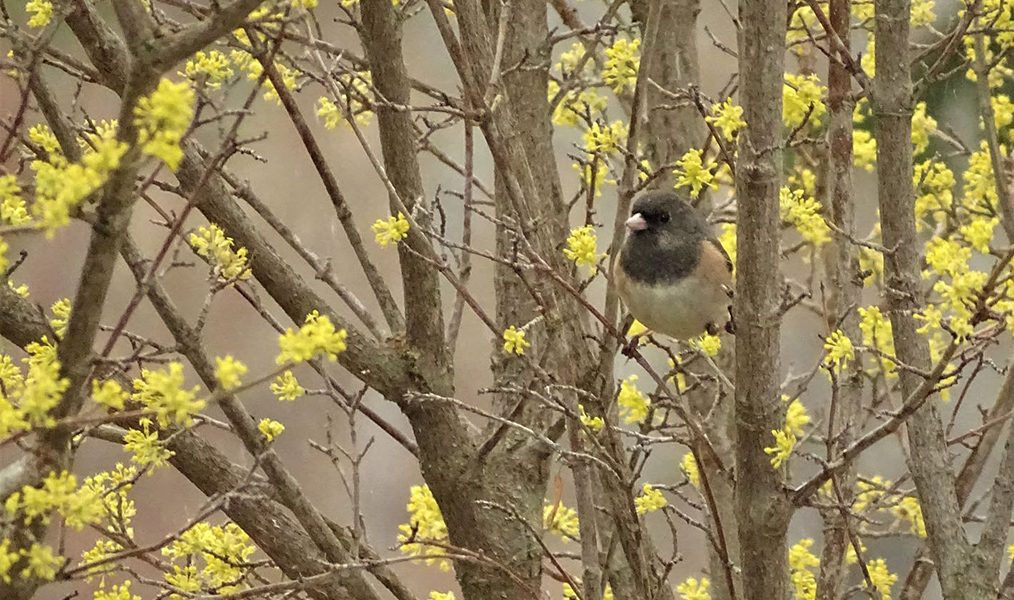 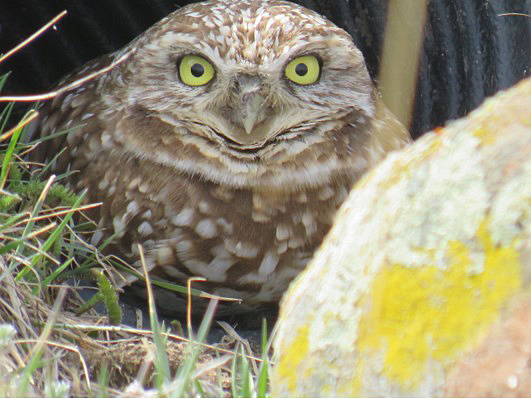 Perhaps the most exciting arrival so far – this Burrowing Owl was raised in the Nicola Valley and has just returned to Loretta Holmes’ study site. Photo: ©Loretta Holmes

White Pelicans on Nicola Lake. At this time of year we regularly see these huge birds passing through and spending some time on our bigger lakes. Photo: ©Mary Masiel (Vermilion Forks Naturalists, Princeton) 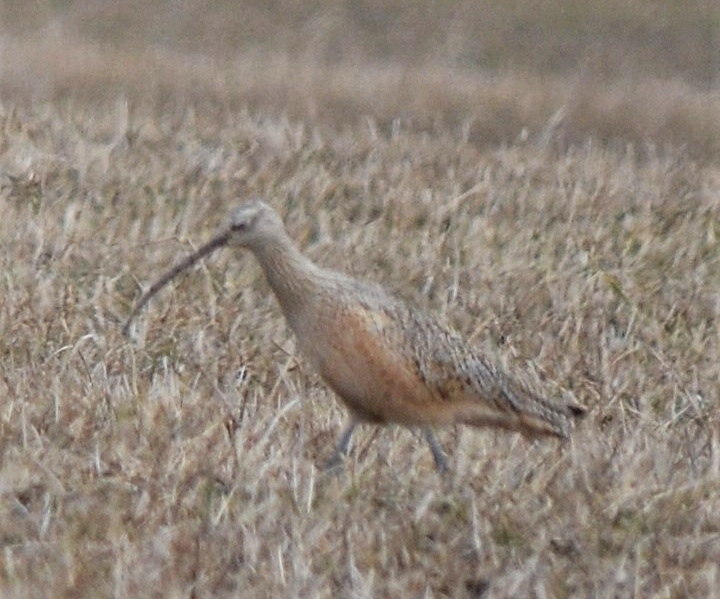 Long-billed Curlews can sometimes be seen on hayfields in the Nicola Valley at this time of year – this one was near Nicola Lake. Photo: ©Bob Scafe

For several years now we’ve had a late-April outing to the Douglas Lake plateau to look for migrating Sandhill Cranes. No organized outing this year, but several of our members have been up there and found good numbers of cranes resting on their northward migration. The marshy area on the Douglas Lake Ranch just west of Chapperon Lake seems like a good place to look. 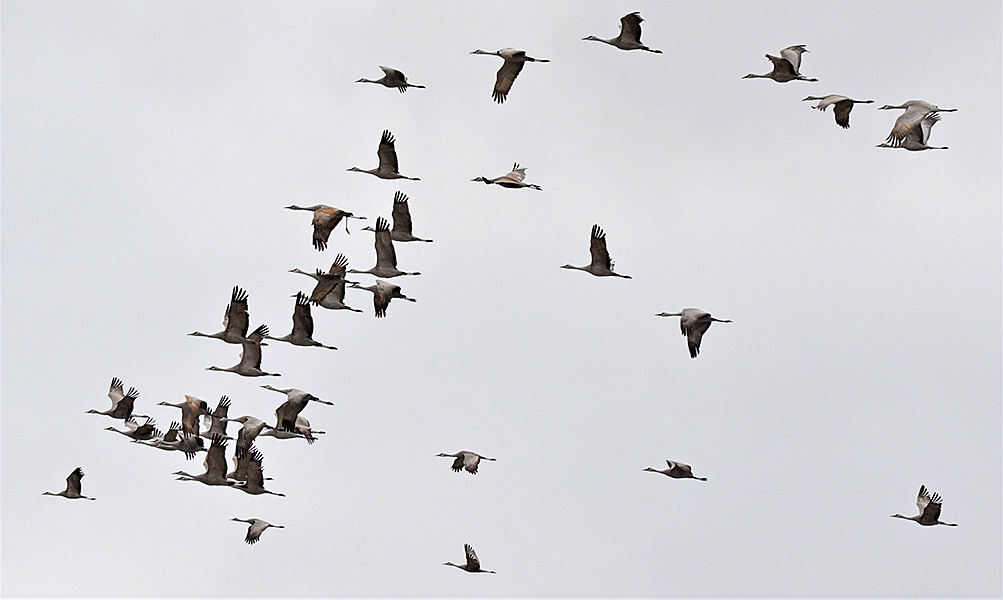 And of course spring is also a time when hibernating critters emerge and insects  metamorphose from larvae or hatch out …. 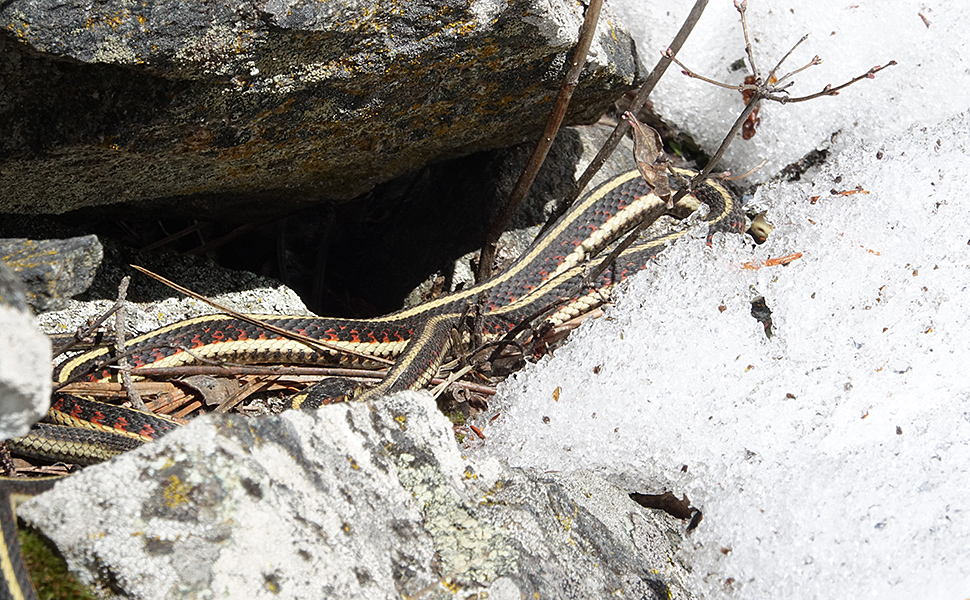 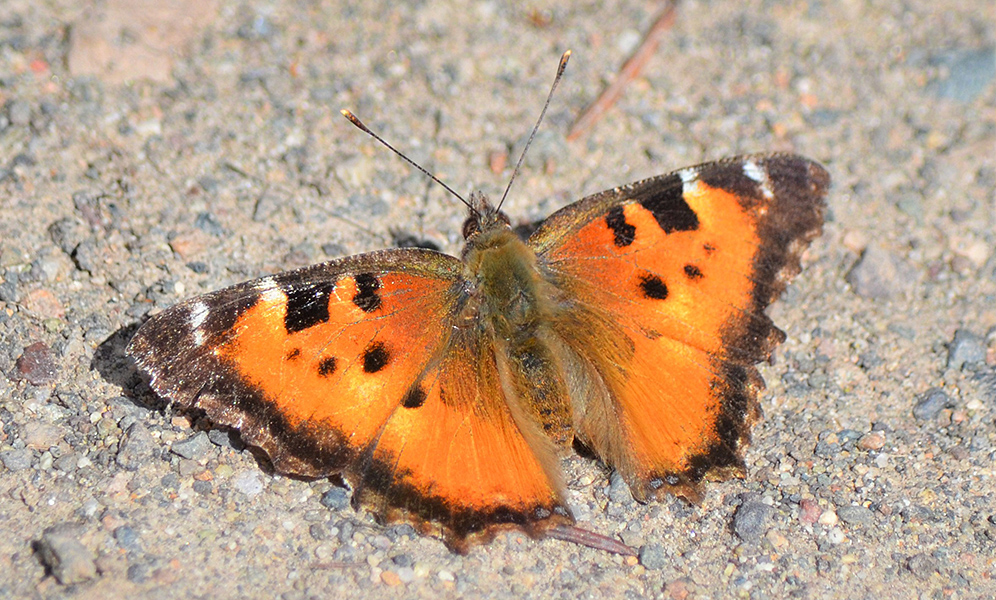 The Patchett / Spius Creek forest service road has been a productive butterfly hunting ground for Bob and Bev Scafe. This is a California Tortoiseshell found there on 20 April 2020 – an unusual species in our area. Photo: ©Bob Scafe 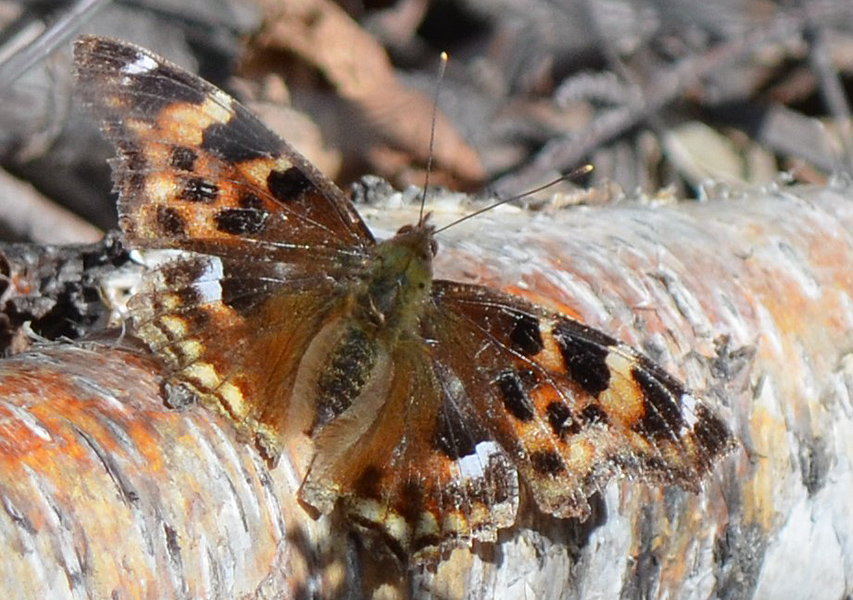 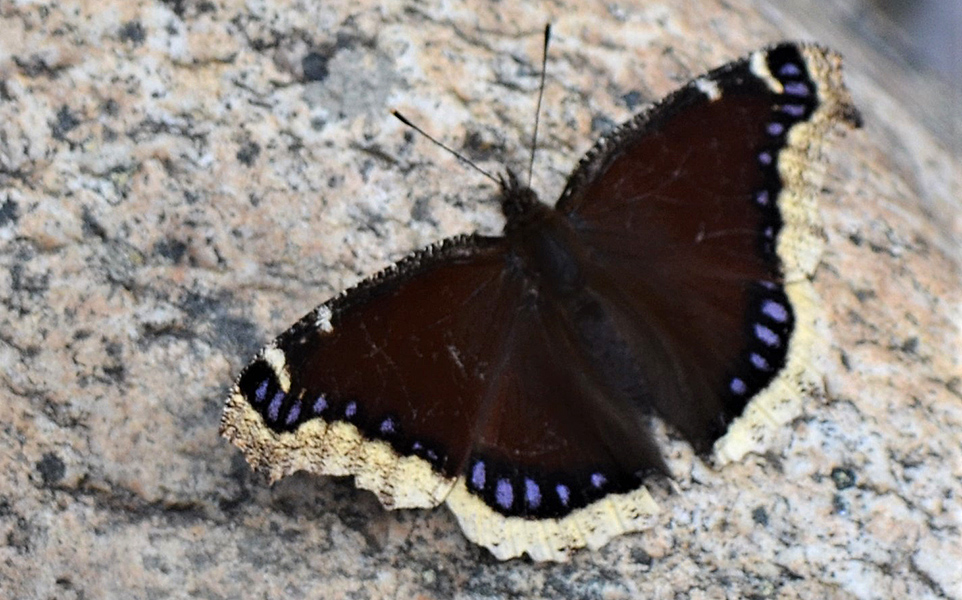 Mourning Cloaks are one of our most common spring butterflies and one of the few butterflies to overwinter as adults. Photo: ©Bob Scafe

This is a good time to brush up on your local butterflies and moths – visit the two  identification postings that our resident lepidopteran enthusiast Bob Scafe has created:

Know your butterflies and moths – Merritt BC

More butterflies and moths of the Merritt, BC area

And it is always a treat to see those animals that are around all year: 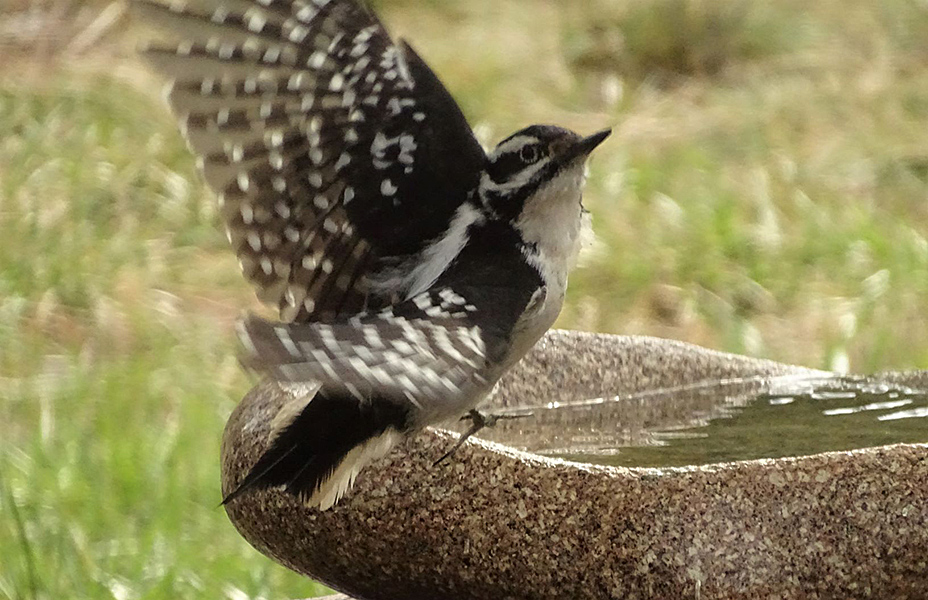 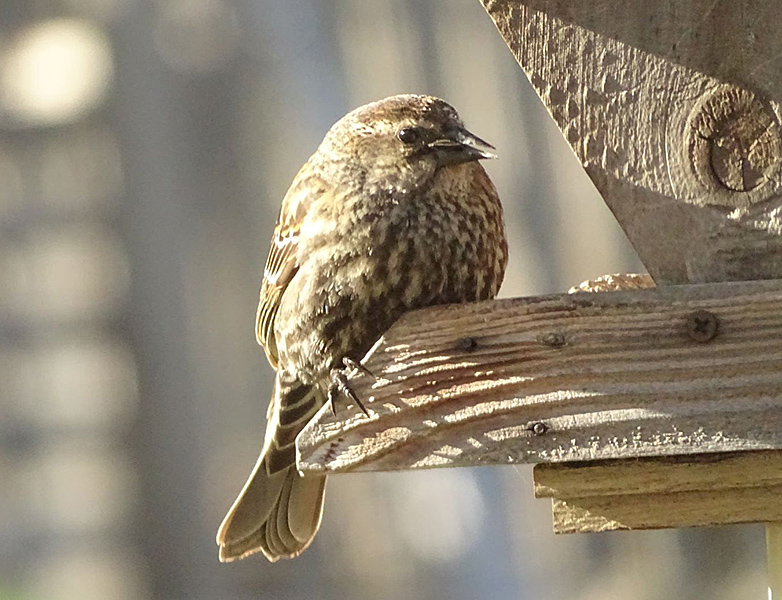 Female Red-winged Blackbirds are often hard to identify if there are no colourful males with them. Photo: ©Anne Pang 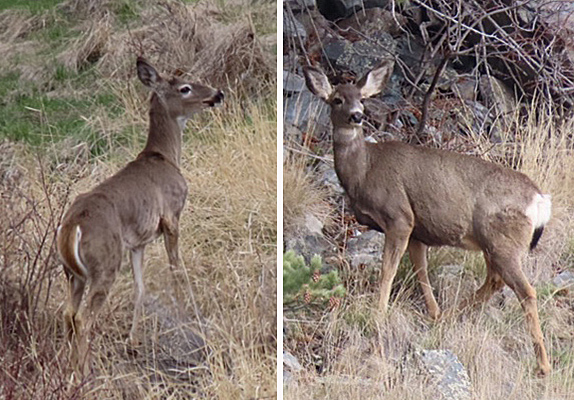 Quiz time! Here we have does of our two local deer species. Which is a Mule Deer and which a White-tailed Deer? Photos: ©Vic Newton 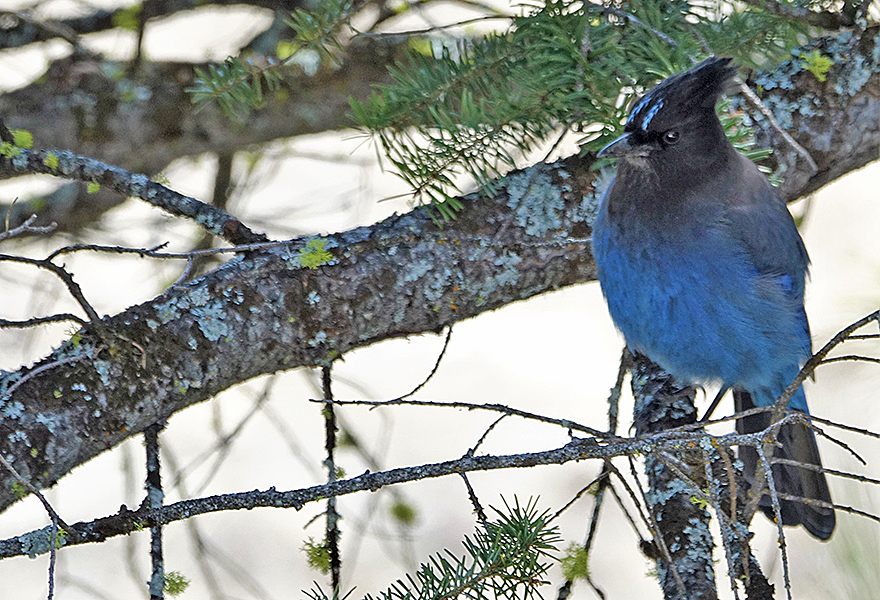 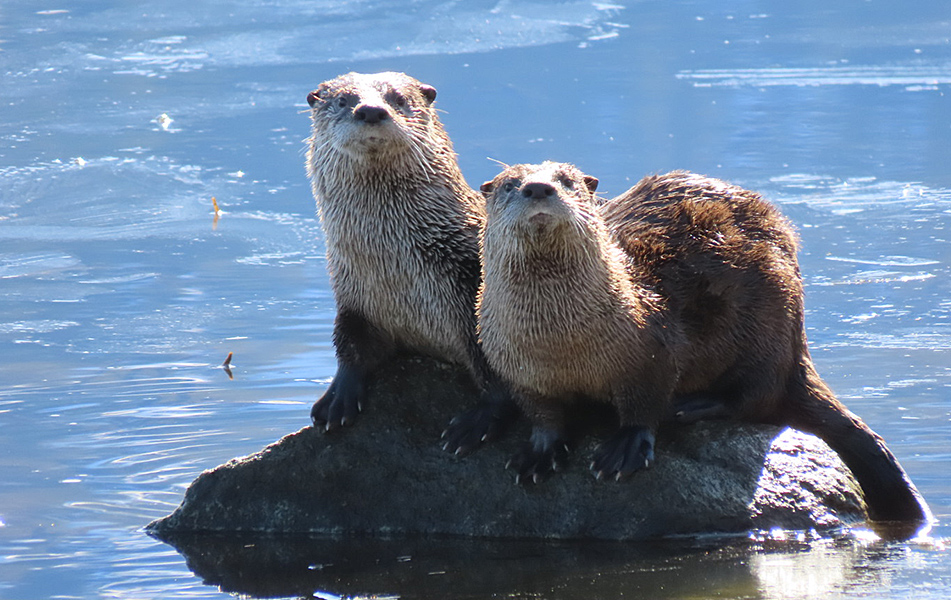 P.S. Deer Quiz – the White-tailed Deer is the one on the left, Mule Deer on the right.