More interesting spring photos from the members of the Nicola Naturalist Society, based in Merritt, BC. 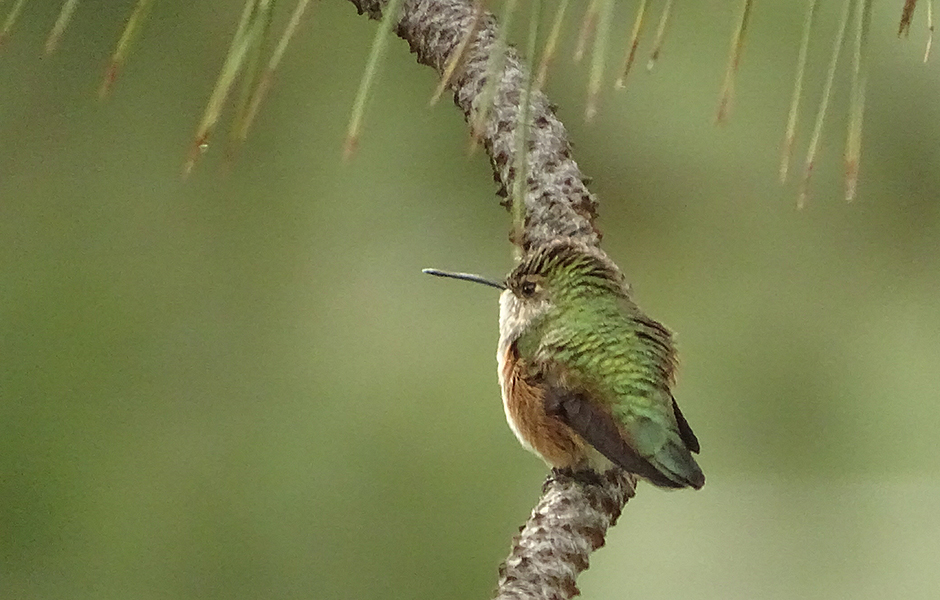 Smallest of all North American birds, the Calliope Hummingbird is one of four hummingbird species that one might see in the Nicola Valley. Photo: ©Anne Pang 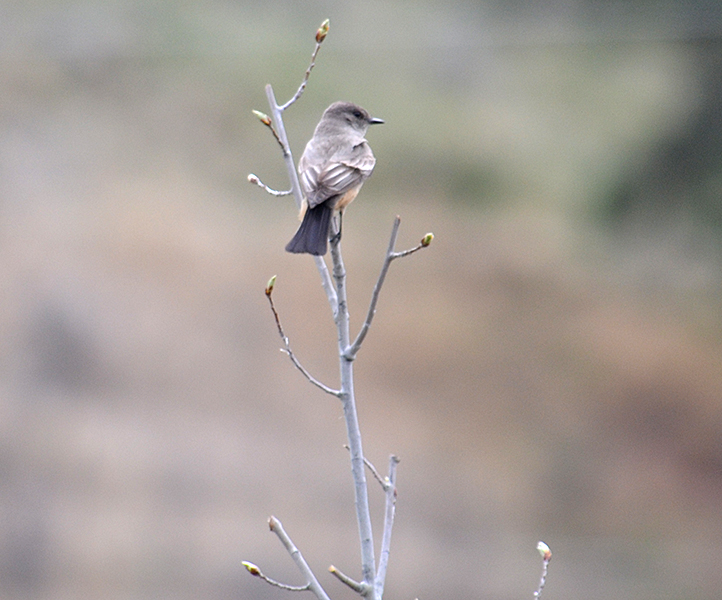 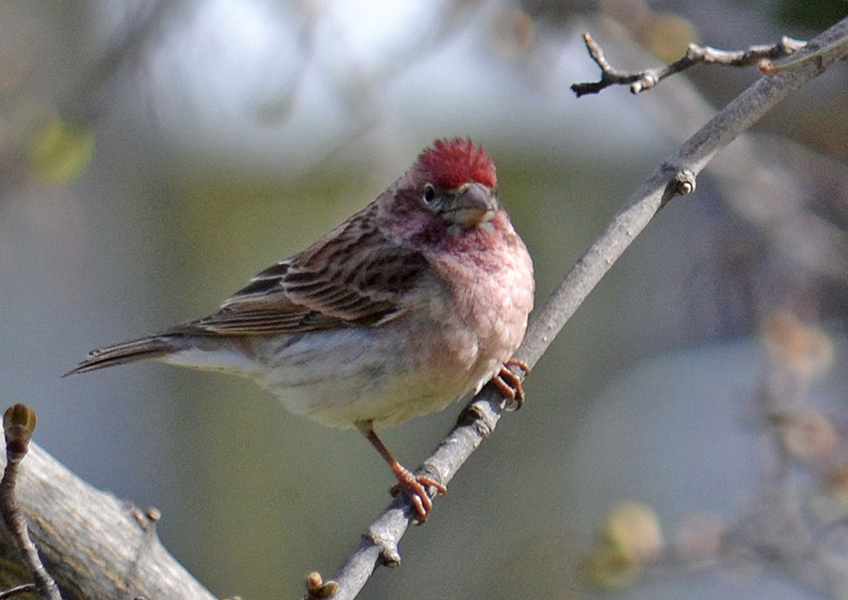 A Cassin’s Finch male. These finches arrive in spring and are quite common all summer in the Nicola Valley. Don’t confuse them with the resident House Finches. Photo: ©Paul Willms 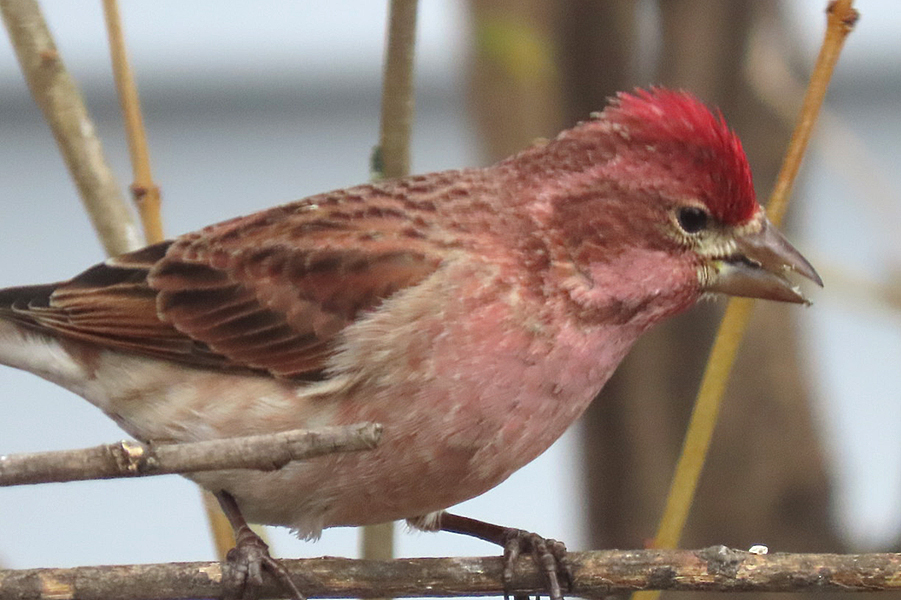 A nice close-up of a Cassin’s Finch male. Note how long the beak is in contrast to a resident House Finch. And a much brighter plumage, with a bit of a head crest. Photo: ©Vic Newton

Vesper Sparrow – a common sparrow of the open grasslands in our area. Has a lovely complex song. Note the diagnostic cinnamon scapular patch. Photos: ©Bob Scafe 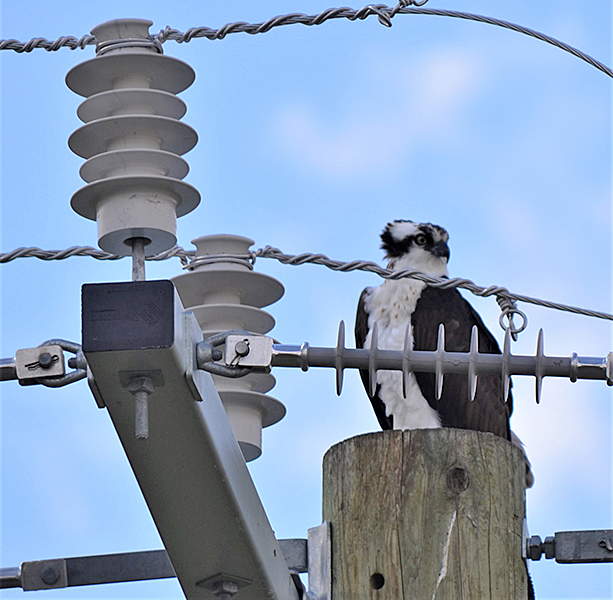 Who, other than Bob Scafe, would submit a great photo of some insulators? Oh … there is an Osprey in the background. Photo: ©Bob Scafe 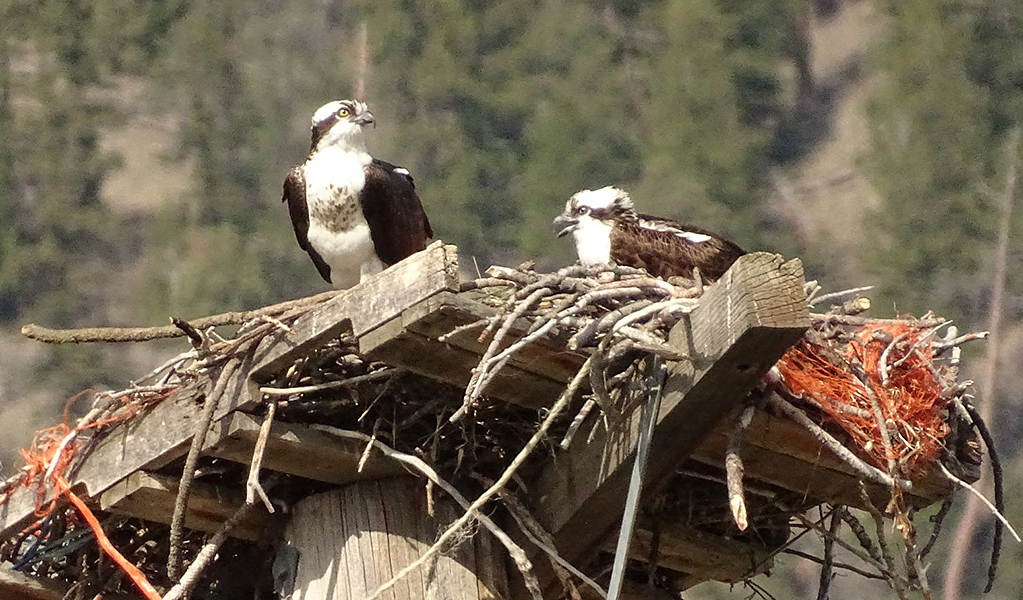 A pair of Ospreys back from their winter migrations are re-occupying their nest. Photo: ©Anne Pang 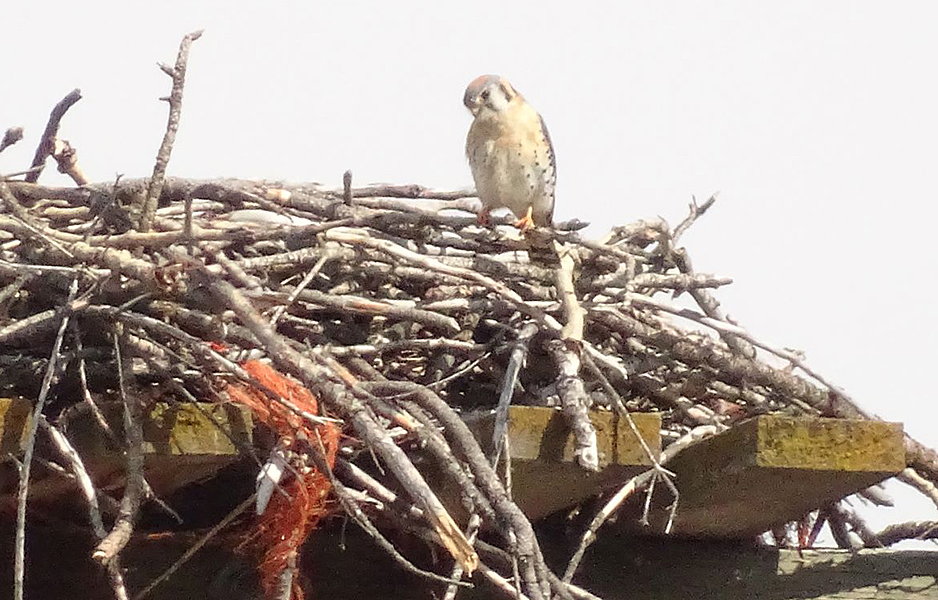 A female American Kestrel on an Osprey nest. Kestrels nest in tree cavities so would not be trying to take over this nest. Photo: ©Anne Pang 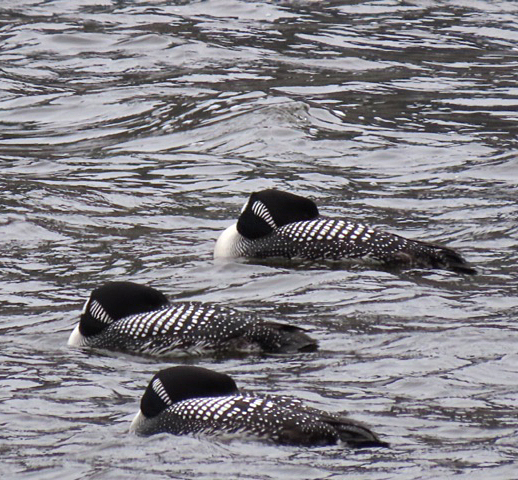 Spring is a great time to see a big diversity of waterfowl in the Nicola Valley. 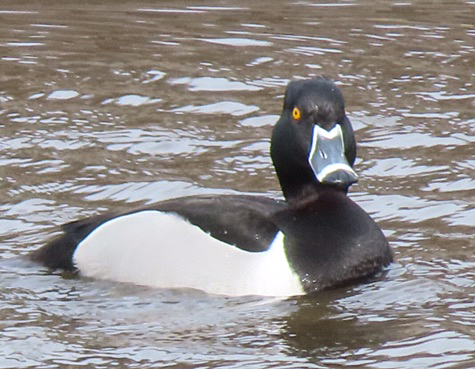 Why are these ducks called Ring-necked Ducks and not Ring-billed Ducks? No-one knows. This is a male. Photo: ©Vic Newton 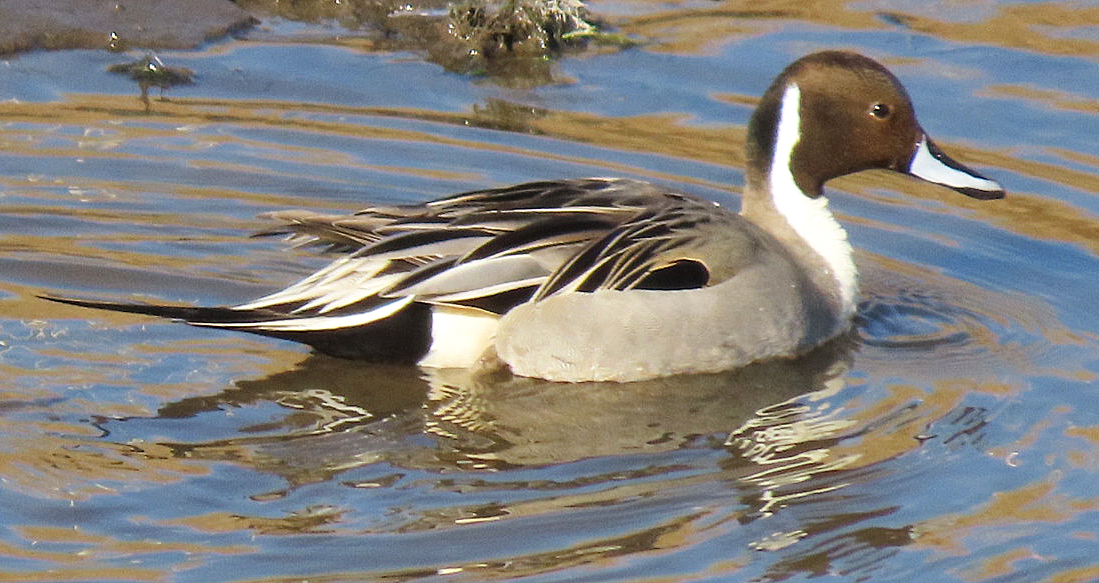 A pair of Cinnamon Teal – female on the left. Photo: ©Bob Scafe

Buffleheads – female on the left, male on the right. These small ducks nest in cavities (and duck nest boxes). Photos: ©Anne Pang 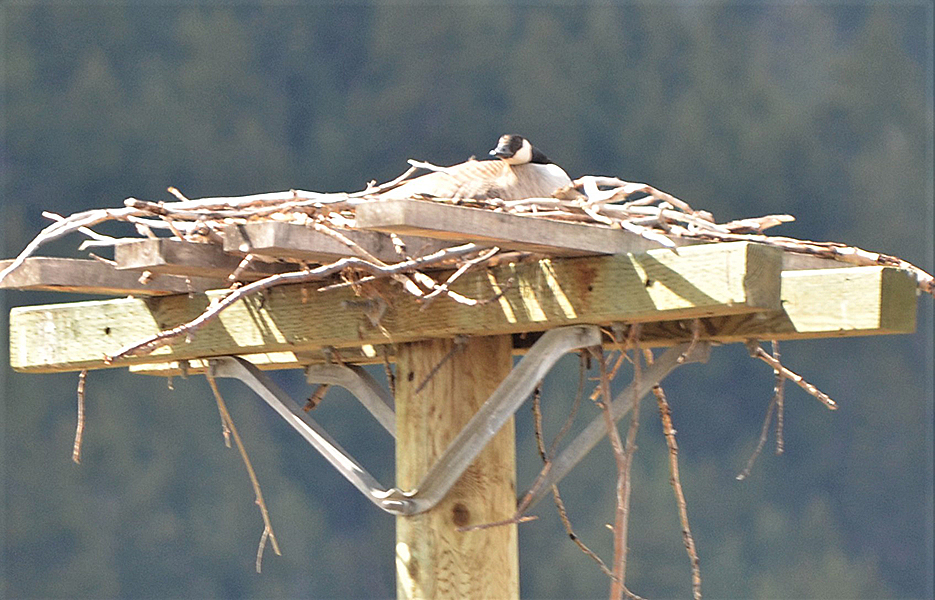 A pair of Canada Geese have usurped an Osprey nest on a high pole. When the ducklings hatch they will have long drop to reach the ground. Photo: ©Bob Scafe 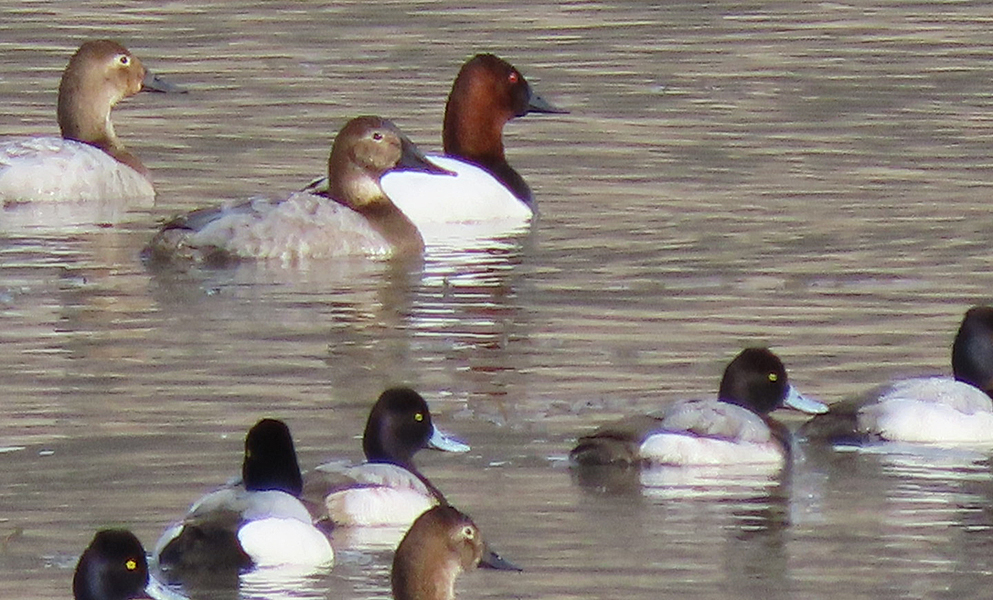 A nice mix of diving ducks – Canvasbacks at the back and Lesser Scaup in front. Both species breed in the Nicola Valley. Photo: ©Vic Newton

Quiz time! Can you figure out the species of these two male goldeneyes? Note the shape of the white cheek spot and the amount of black and white on the folded wings. Only one of these species breeds in our area but both might be seen here in winter and during spring migration. Keep scrolling down to see the answers.
Photos: ©Vic Newton

A big flock of Coots on Nicola Lake. These birds will disperse to nest in shallow lakes and ponds. Photo: ©Vic Newton. 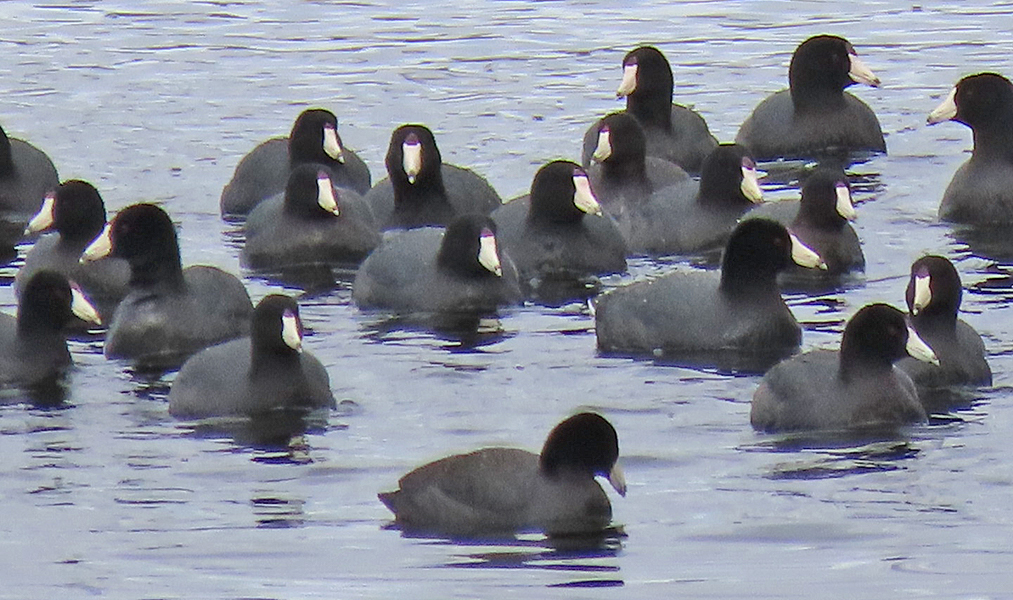 A closer view of the Coots. They are not ducks (note the bill shape) but belong to the Rail family (Rallidae). Photo: ©Vic Newton

And birds that remain with us all year round are also interesting. 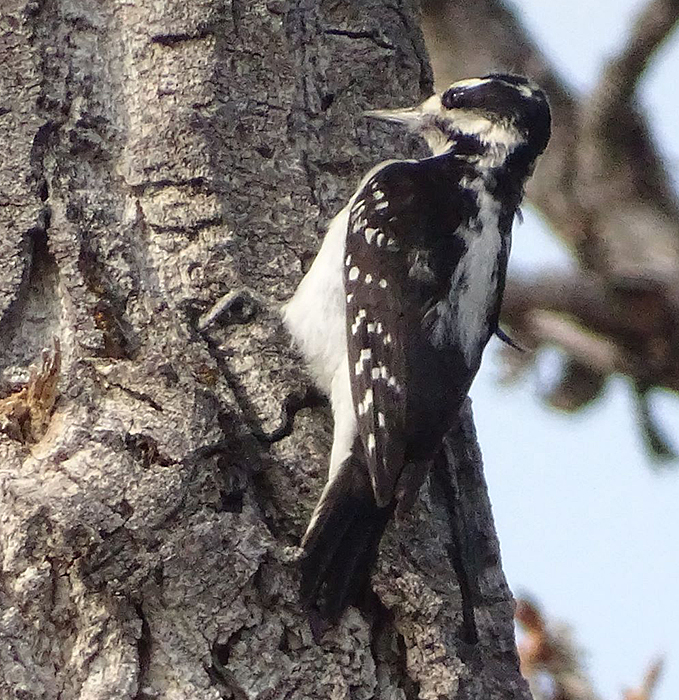 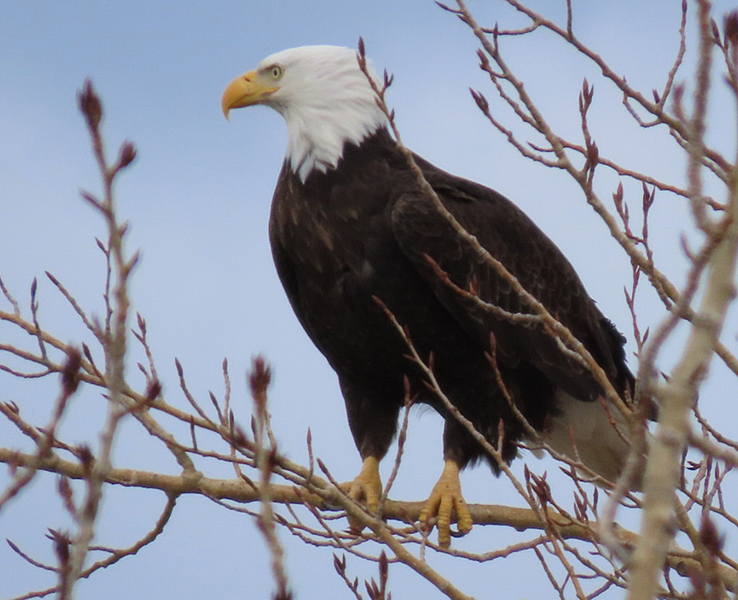 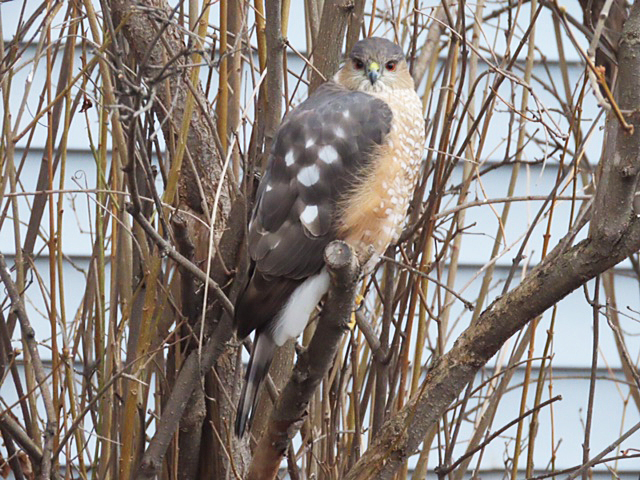 A Sharp-shinned Hawk. These little accipiters are regularly seen all winter in town – often trying to catch birds at bird feeders. They also nest in our area.
Photo: ©Vic Newton 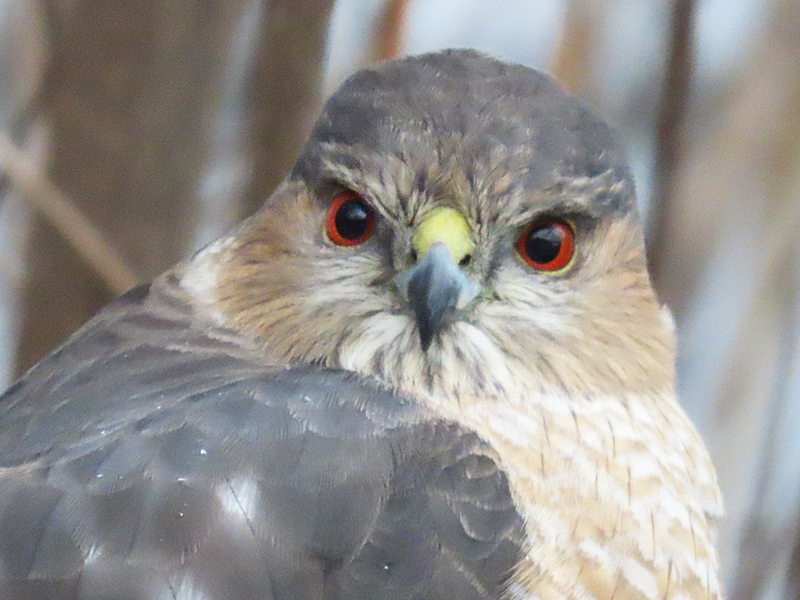 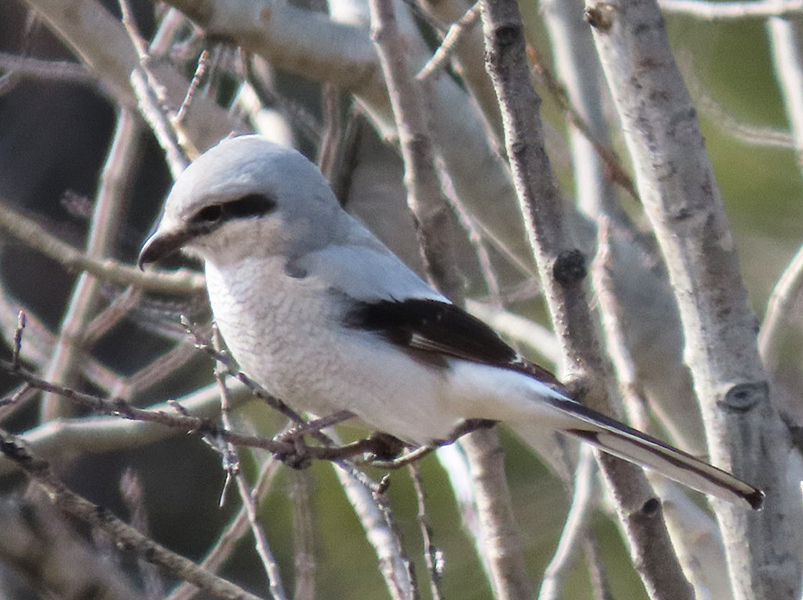 Northern Shrike. These birds breed in the northern boreal forests and edges of the tundra but spend the winter in our latitudes. Photo: ©Vic Newton

And finally a couple of photos of one of our most charismatic mammal species: 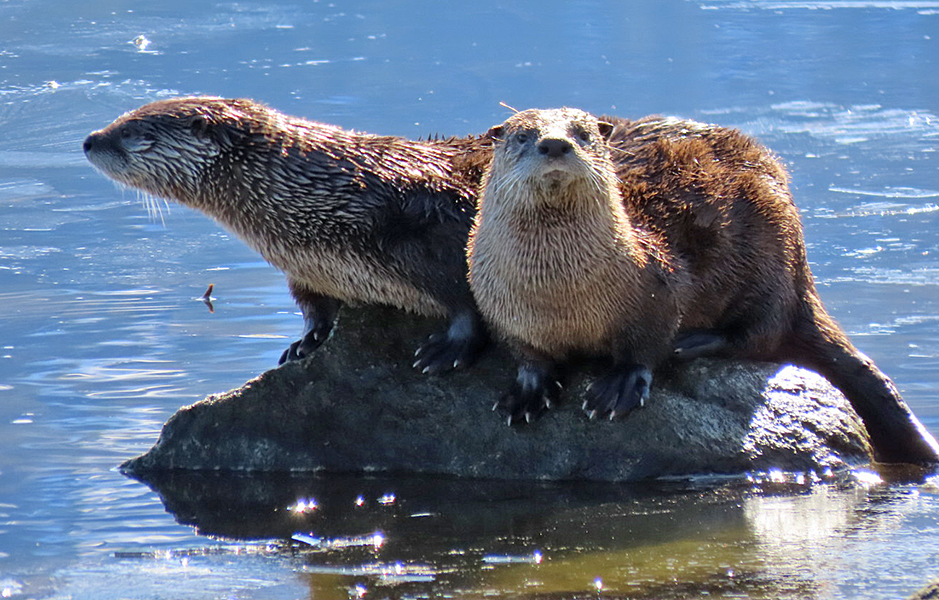 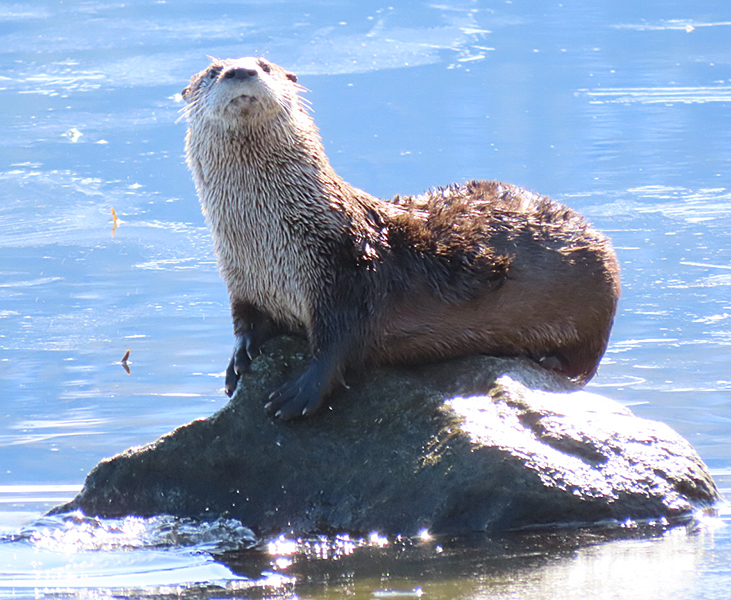